The latest news in the world of video games at Attack of the Fanboy
November 23rd, 2015 by Kyle Hanson 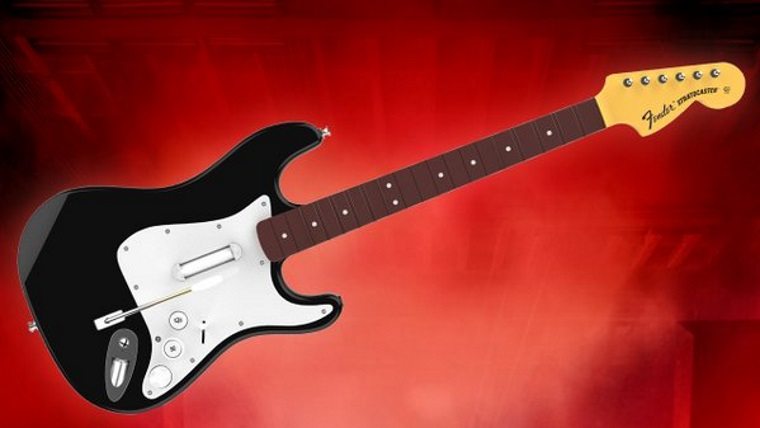 Rock Band 4 released earlier this year in a number of bundles and configurations. You could buy the game by itself, the game and a guitar, or the entire package with the Band-in-a-Box edition. However, if you didn’t grab the latter and wanted to play with more than one guitar you were either out of luck, or had to grab an older instrument from previous games. That is no longer the case though with Harmonix and Mad Catz releasing the Rock Band 4 standalone guitar.

Set at a retail price of $99.99, the Rock Band 4 Stratocaster is wireless and updated for PS4 and Xbox One. While the general functionality of the controller is the same as its predecessors, this version was designed from the ground up for the new game and the newer consoles. We went hands on with the new instruments in our review, as well as our Band-in-a-Box unboxing video which you can see here.

The release of the Rock Band 4 standalone guitar should be good for those that might have held out on grabbing the full set of instruments. If you want to upgrade to the latest ones and already bought the game, you can currently only get the guitar, but this seems to hint at more to come down the road. Standalone drums should be up next, which will complete the set and allow fans to get modern instruments for their Rock Band 4 experience.