The latest news in the world of video games at Attack of the Fanboy
September 18th, 2015 by Kyle Hanson 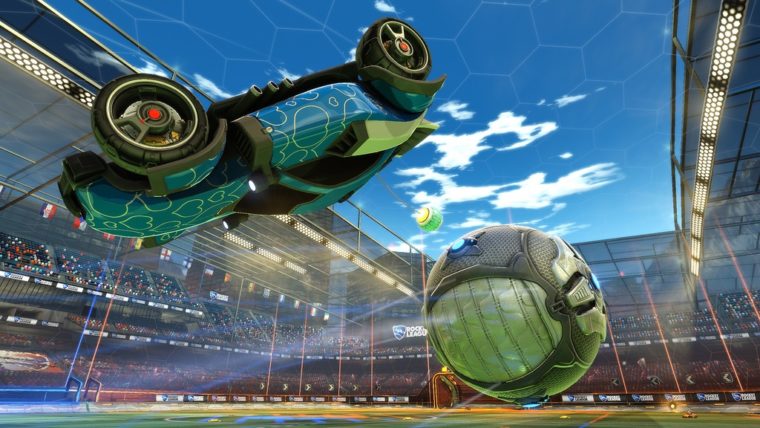 In case you forgot, Rocket League is actually a sequel to a PS3 game that never got that much love. Supersonic Acrobatic Rocket-Powered Battle-Cars was its name, which most likely contributed to the general apathy that the gaming community had toward it. Rocket League has far surpassed the original SARPBC, but developer Psyonix is still looking back at their original creation for ideas and content.

This leads us to today’s announcement of the next paid DLC pack for Rocket League, titled “Revenge of the Battle-Cars”. From the name you can already see where this is going, as Psyonix is bringing back some of the original cars from SARPBC.

“Revenge of the Battle-Cars has all sorts of cool stuff inspired by our first official trip to the pitch! When it arrives, our “new-but-old-school” DLC will feature a number of awesome customization items that longtime SARPBC fans should immediately recognize.”

Along with this paid DLC will be a free update that will give all players access to two new variations on existing maps. Urban Station will get a night variant, with Utopia Coliseum adding a dusk option. Psyonix also revealed that these would be the last “regulation-style” arenas that they will release for a while. New arenas after this will be more “unusual”, giving players more variety and really mixing up the gameplay. These could include larger or smaller maps, or ones with different geometry.

Rocket League: Revenge of the Battle-Cars will release this October for $3.99 on PS4 and PC.