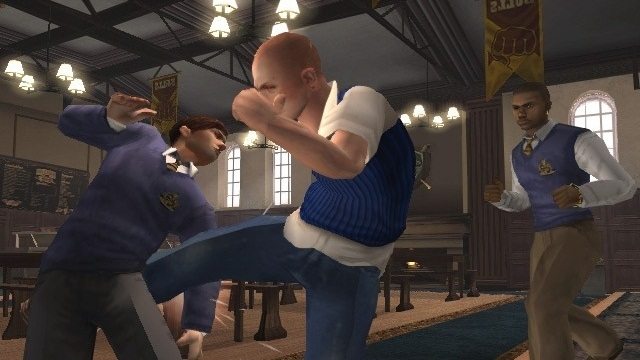 A pair of popular Rockstar PS2 games are now available to download on the PS4’s digital store.

The European PlayStation Store has now put up Manhunt and Bully (Canis Canem Edit) for sale today. In the UK, Manhunt costs 11.99 pounds while Bully is also just 11.99 pounds.

Bear in mind, Manhunt may not be available for all countries. Manhunt on PS2 was banned in countries such as New Zealand and Australia. It’s likely this PS4 re-release won’t be up for sale either.

Bully on PS4 already has a trophy list that you can view on Exophase. If you have played the game already, you can score yourself an easy Platinum trophy. There are a total of 38 trophies for you to collect in the game.

Both games are re-releases so you have to buy them again even though you already own the original PS2 discs. This is because the PS4 sadly lacks any type of actual backwards compatibility when it comes to PlayStation games.