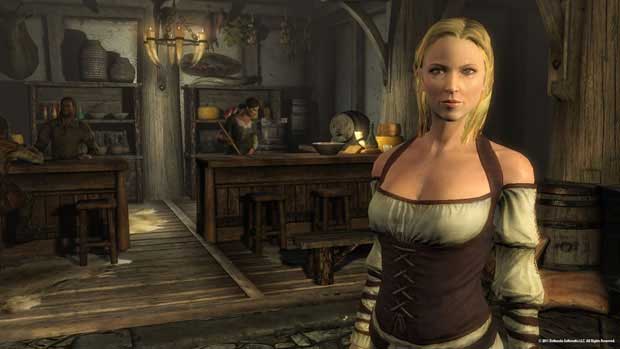 One of the things that modern role playing games attempt to tackle these days is the evolution of freindships in the game world.  When The Elder Scrolls V: Skyrim launches this fall, deeper interactions with NPC’s and more meaningful relationships will be a feature of the game.  This has been confirmed in a developer interview on the Bethblog today.

The go anywhere, do anything series, has long been known for the liberties that the franchise affords its players, but in Skyrim, more layers of realism have been added to the mixture with player actions and relationships influencing the world that you are playing in.  The revelation that Skyrim will feature romantic relationships and deeper friendships is a natural progression for the franchise.  Players will be able to form romantic relationships with characters in Skyrim, marry, and even co-habitate with a spouse if you own a home in the game.

These deeper relationships don’t start and end with romance.  The player in TESV will be able to form deeper friendships with the NPCs of the world as well.  You’ll be able to make friends with characters by completing quests for them, after which they’ll treat you differently.  In some cases, they “will even agree to go with you into dungeons or on adventures.