Ryu, Roy, Famicom ROB Confirmed For March Release In US 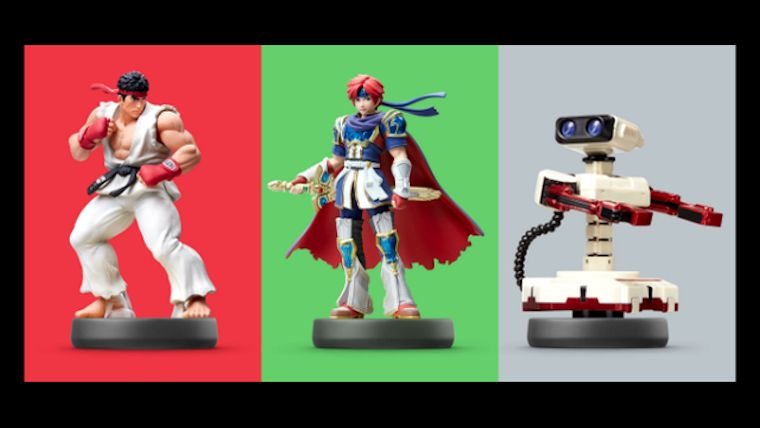 The on-disc roster of Super Smash Bros. amiibo finished release back in November with Falco, only one day off from the game’s original release last November. Prior to that, we got the DLC character Mewtwo amiibo and with Lucas coming in January, we finally have a release date for a few others.

Earlier this year, Super Smash Bros. got the addition of three new fighters, which included two veterans in Lucas and Roy, as well as the surprise newcomer Ryu. Back then, it was revealed that amiibo were coming for each of them, which was as obvious an announcement as they come.

The Lucas amiibo was announced as coming on January 22 alongside the new characters in the Animal Crossing line, but we will have to wait a little longer for Roy and Ryu.

During the final Super Smash Bros. video presentation, it was revealed that both Roy and Ryu amiibo will be arriving on March 18. However, that is not all as we are getting another that was previous leaked.

We already got the ROB amiibo back in September, but the Famicom designed ROB that Japan got is also coming to the US on the same day. This was leaked from one of the kiosks already, but it’s good to get confirmation for those that didn’t import it already.

With the prevalence of releases of amiibo we’ve had over the last year, I’m sure they will announce more to come out alongside these, though perhaps we will have a pretty light start to the year.