Return to Steelport in this visually impressive remaster. 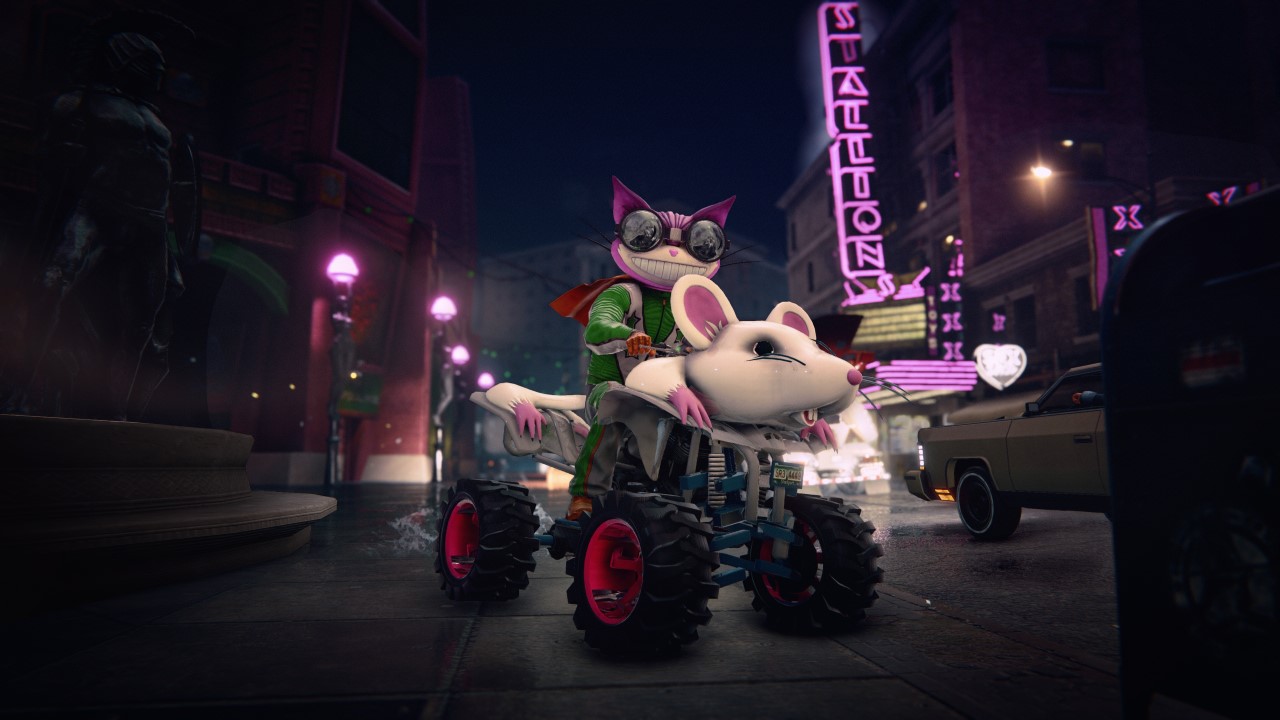 This morning Deep Silver announced Saints Row: The Third Remastered is coming to current-gen consoles and PC May 22nd, offering up a vast refresh of the original game. A couple weeks ago we and other members of the press sat down with Deep Silver (well, teleconferenced actually), and were shown how expansive this remaster would be. It’s not a full remake, but Saints Row: The Third Remastered sure flirts with the idea.

Saints Row: The Third Remastered refreshes the game on May 22nd.

Saints Row: The Third Remastered is the same nine-year old game at its bony core, yet the fresh coat of paint makes it look positively modern. This is all due to the overwhelming amount of work developer Sperasoft has poured into this port. Damn near everything has been touched by the revisionist’s brush.

This remaster is a complete graphical overhaul, to include full physics-based rendering and global illumination for improved lighting, enhanced fog and volumetrics. I’ve always been of the opinion that sharp, crisp lighting will make or break the look of a game, and all the pretty textures in the world ultimately mean nothing if your shadows and reflections look like mud. It would appear Sperasoft is of the same mind, and in the footage they shared with us it was evident the new lighting tools took the lion’s share of the work.

Light reflected off materials is a clean, realistic manner, and shadow mapping was vastly improved over the original Saints Row: The Third. The smoother volumetrics meant the fog was no longer a soft haze that was barely perceptible, as it descended on some scenes and properly refracted the light passing through. Of all the tweaks we were shown, the lighting absolutely sells this remaster as a modern looking title. 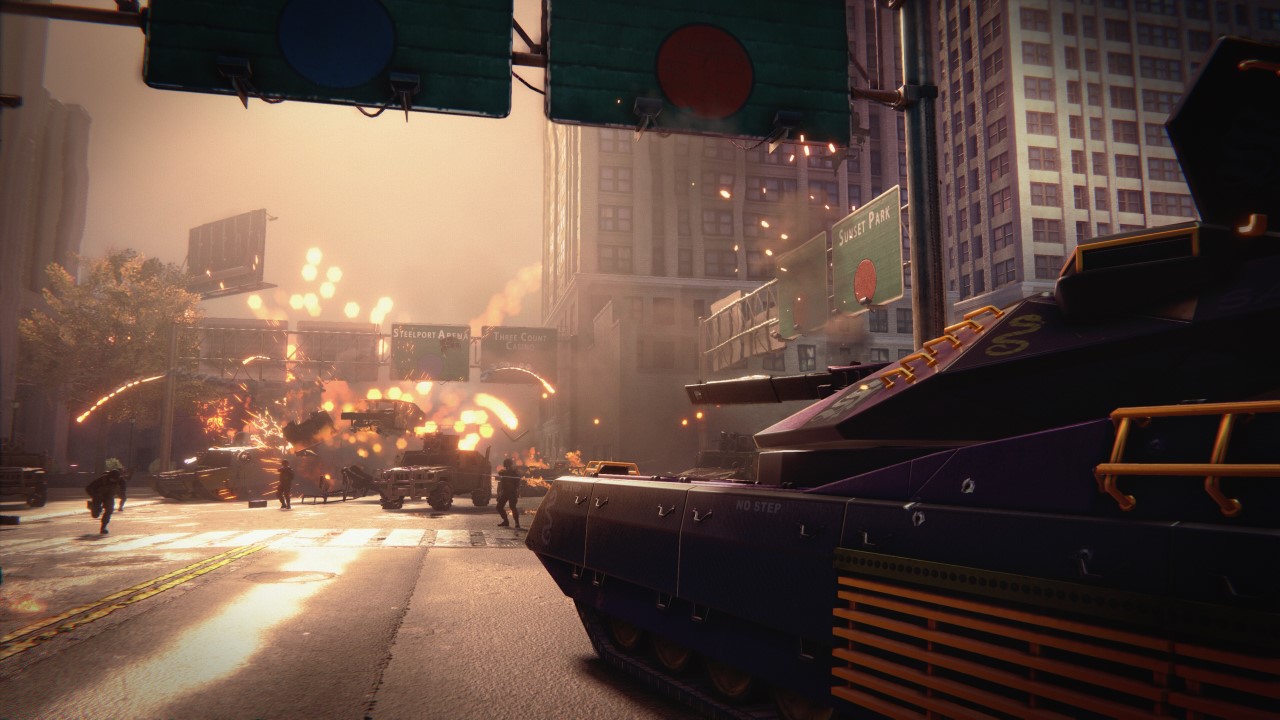 There were certainly points where things appears too bright, as if the bloom had been dialed up a notch beyond eleven, and such occasions were certainly jarring. It was a minor blemish overall, however. Of course I’m saying all this before factoring in the obscenely better textures and character models.

Now, it should be noted that not every texture was given the same amount of love and care, and there were moments in the footage you could easily spot some rough edges on the buildings and infrastructure, and blurry billboards appeared common. In the footage Deep Silver were flying around in a fighter, so it could have easily been the old level of detail limitations within the engine rearing their head.

That said, all the updated character, weapon and vehicle models shown off were clearly remade from scratch. Suffice to say the remade models are all sharper, better animated, and benefit from the new PBR portion of the engine which gives them all a more realistic appearance without sacrificing the stylized tone the game is known for. 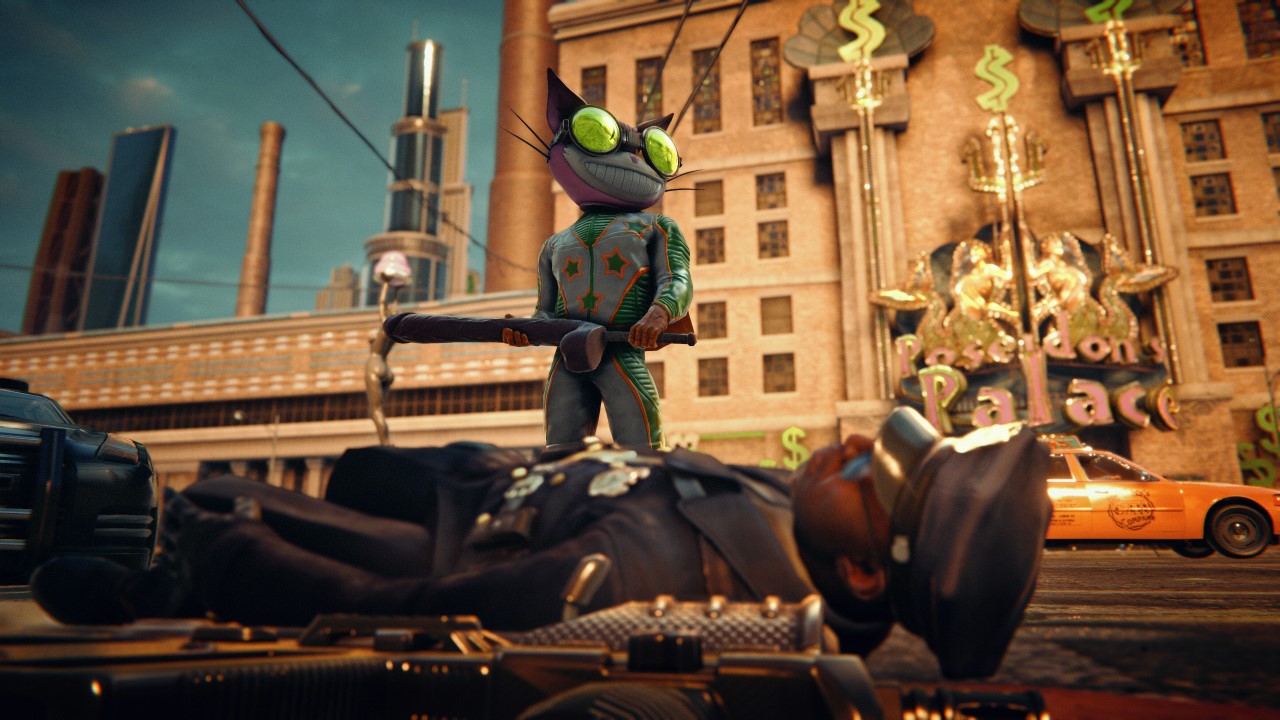 The visual effects have been touched on as well with larger, more detailed explosions. Traffic and pedestrian density has been increased, the draw distance pushed further out, and Sperasoft even went ahead and implemented full 4K and HDR support. The weather is more dynamic than it was before, ambient occlusion had new rendering methods added, and there is even motion blur for you monsters that enjoy it. Even all the bundled DLC has been overhauled, meaning no stone was left unturned.

All said, the game does appear as if it came out in the last four years as a base PlayStation 4 and Xbox One game. It’s all rather impressive work, but performance is still in question. The build Deep Silver was playing appeared to run at 60 frames-per-second, but this could have easily been on a PC (despite the controller prompts). They said Sperasoft’s target was to hit 30 frames-per-second on the console versions, and while I think that is more than do-able, I wonder how well it perform between the base consoles and their turbo-powered superiors.

The digital press briefing came to a close with a few questions from the press, where we gleamed a couple additional facts. First, Saints Row: The Third was chosen not only because it’s the most popular entry in the series, but because Saints Row 1 and 2 would require full remakes to bring up to modern standards. Secondly, all the licensed music is included in the Remaster. Deep Silver did confirm that next-gen consoles were not on the table right now (hopefully because Saints Row 5 is, but they had nothing to say about the much hinted at sequel). Finally, all the audio and voice-overs are from the original, and nothing has been re-recorded. 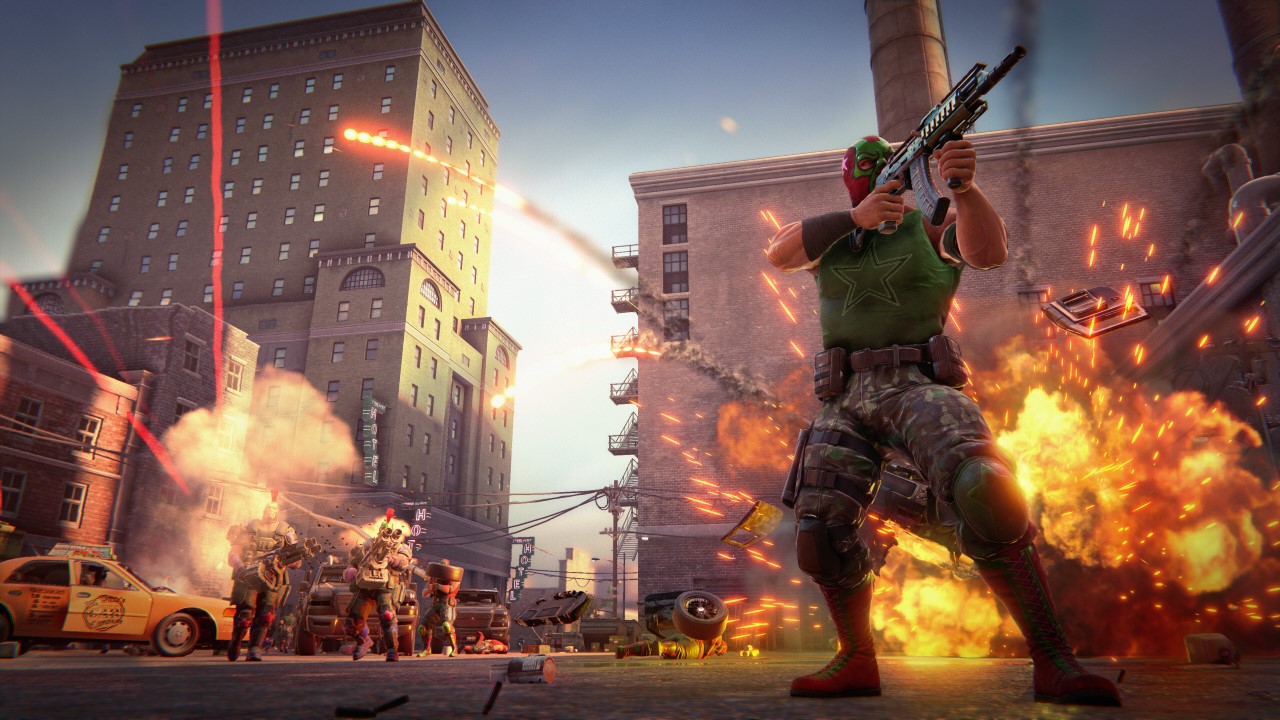 That was it for the press briefing. We walked away impressed with the effort Deep Silver and Sperasoft put into this remaster, and fans of Saints Row: The Third looking to dive back into the Saint’s shenanigans against The Syndicate in Steelport will have a much more visually appealing playthrough within this remaster. Personally, I was hoping we’d hear something about Saints Row 5, but it seems Volition and Deep Silver are keeping their cards close to their chest concerning the sequel.

In the interim fans and new players alike can purchase Saints Row: The Third Remastered for $39.99 USD on May 22nd. While it was not confirmed in any of the material provided to us, the trailer does seem to imply the remaster is an Epic Games Store exclusive, so do with that information as you will. This is a separate release, so owners of the original will need to pick this up separately if they wanna enjoy the new pretty for themselves.