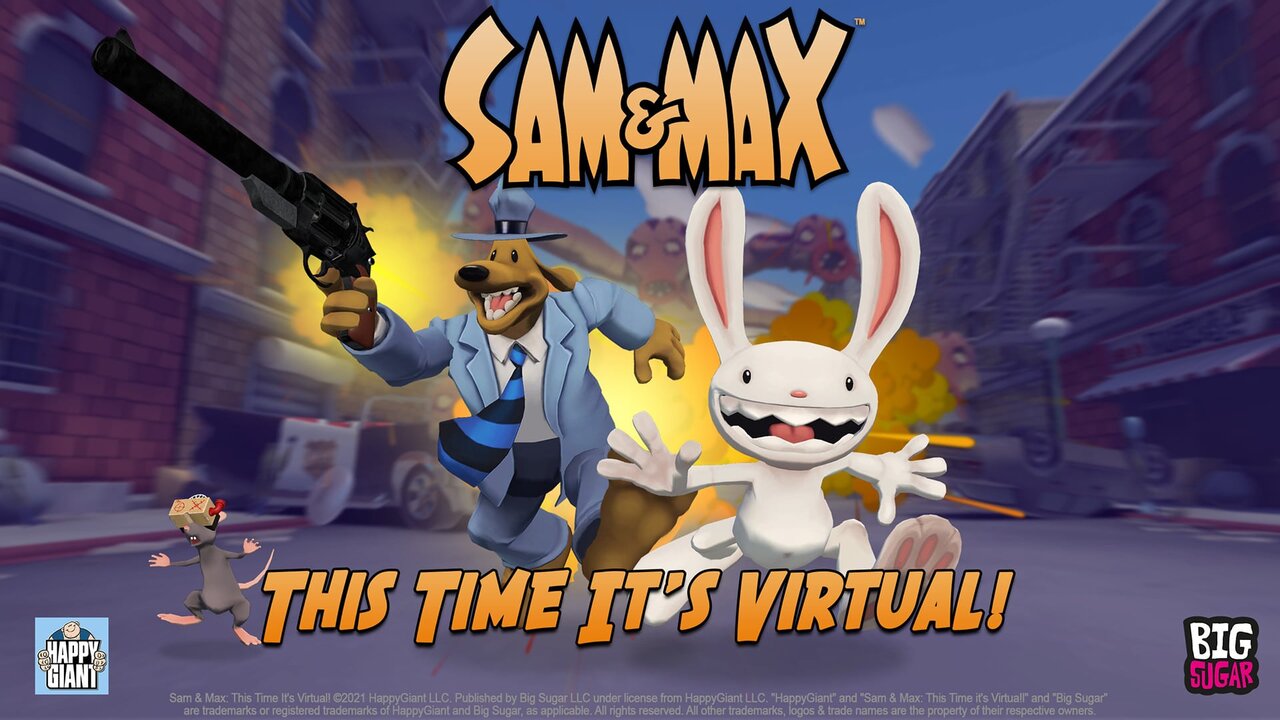 For those who don’t have access to an Oculus Quest VR headset, don’t fret. In the same press release, Big Sugar has announced that the demo will also be available to play for anyone visiting the 78th annual Venice International Film Festival at the Venice VR Expanded segment, or alternatively, at any of the 14 Venice VR Expanded satellite locations around the world.

The new VR experience is expected to have several gameplay mechanics that will enhance the experience exponentially. Several new villains including a 3 headed dragon-like creature, and you will be expected to make creative use of the environment, as anything can be used as a weapon, Milk cartoons and Rocket Launchers alike.

The game will also feature unique Sam & Max experiences, with the wacky-adventure feel persisting. players will have to uncover the secrets that are lurking all around the Cap’n Aquabear’s rotting theme park, all while being immersed so much that players will you can “feel Sam’s breath on your neck!”

For those unfamiliar with the Sam & Max duo, this is how the publisher describes the game. “Sam & Max, Steve Purcell’s dog and rabbity-thing known collectively as the Freelance Police was introduced to the unsuspecting world in 1987. They have appeared in comics, video games, an animated TV series, and an Eisner award-winning webcomic. Together they patrol the sticky streets of a fantastical New York City, righting wrongs, smashing evil, and delivering hot steamy plates of justice on the daily. They’ve been to Heck and back, shattered the time stream, and made America safe for bigfoots … and are now coming to virtual reality.”

Sam & Max: This Time It’s Virtual! will be launching later this year on SteamVR and Viveport Infinity, PlayStation VR in 2022, and the demo is now available for Oculus Quest on Steam.