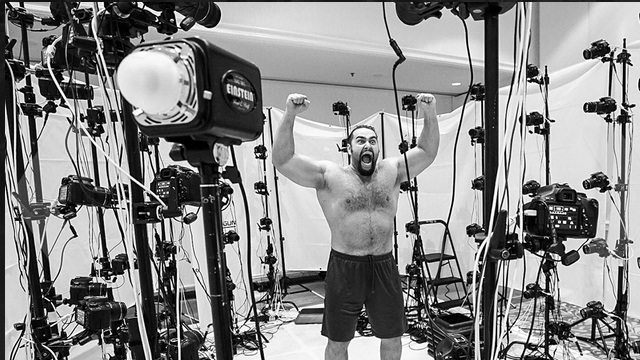 If you thought the wrestlers looked realistic in WWE 2K15, it appears they will look even better for the upcoming WWE 2K16 video game.

From WrestleMania 31 weekend, WWE posted a photo diary of Rusev being scanned for the WWE 2K16 video game. This time, 2K Games is using 96 cameras to capture the likeness of your favourite wrestlers. This is up from WWE 2K15 where the cameras were only focused on wrestlers’ faces.

The scanning process for WWE 2K16 is evidence that they are also in the middle of taking photos of everyone again. Some people speculated they could have just used the same character models in WWE 2K15. Rusev was already scanned for WWE 2K15, so him being scanned again shows they want to improve the look of the character models.

It will be interesting to see if 2K Games were able to scan the wrestlers they missed for WWE 2K15. They missed out on the likes of Brock Lesnar, The Rock, Undertaker and Vince McMahon. All four of them were at WrestleMania 31. It remains to be seen if 2K Games managed to get them all to be scanned for WWE 2K16.

A few weeks ago Sasha Banks revealed she was scanned for WWE 2K15 as well. Zack Ryder is another name, although he has has doubts that 2K Games will bother to put him in. They left him out of WWE 2K15…