The latest news in the world of video games at Attack of the Fanboy
November 27th, 2017 by Dylan Siegler 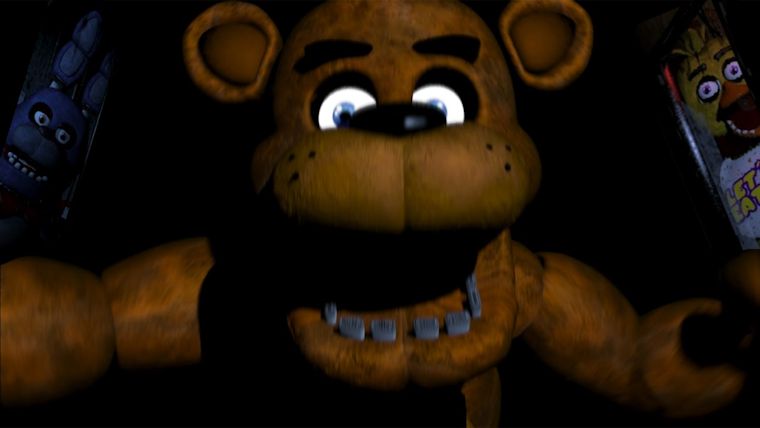 Since the franchise’s inception, Scott Cawthon has released two Five Nights at Freddy’s games every year, with the first two games coming out in 2014, FNaF 3 and 4 releasing in 2015 and FNaF World and Sister Location coming out in 2016. So far, 2017 is the only year since the series started to not get a new entry. However, Cawthon recently revealed his plan to make sure he gets at least one game out before the year ends.

Cawthon recently posted an update on his Steam page in which he laid out some of his plans for the future. In the first part of the post, Cawthon states that he was hoping to share some news about the upcoming Five Nights at Freddy’s movie regarding “an exciting cast/crew addition,” but that “things are not quite finalized yet,” so that news will have to wait. In the next paragraph, Cawthon discusses his future in making games, stating, “I REFUSE to let an entire year go by without a game release, so I’m putting together something fun for all of you for the holidays.”

So there you have it. Scott Cawthon will be releasing a game in 2017 after all. We still, however, don’t know for sure what the game will be. In all likelihood, it will be the Five Nights at Freddy’s tycoon game that Cawthon has been teasing for some time now. It’s also possible, though not likely, that the game coming before the end of the year could be the supposedly cancelled FNaF 6, which fans think is probably still secretly in production. Or it could be a totally different FNaF game or minigame that hasn’t had any kind of prior mention. It’s also worth keeping in mind that before FNaF hit it big, Cawthon made several other games that had nothing to do with the franchise, such as The Desolate Hope, Sit ‘N Survive and Chipper & Sons Lumber Co., as well as several Christian games. Though Cawthon has only released new entries in the FNaF series since 2014, it’s not entirely impossible that this new game he promises before the end of the year is a non-FNaF game. I guess we’ll know for sure in about a month or less.