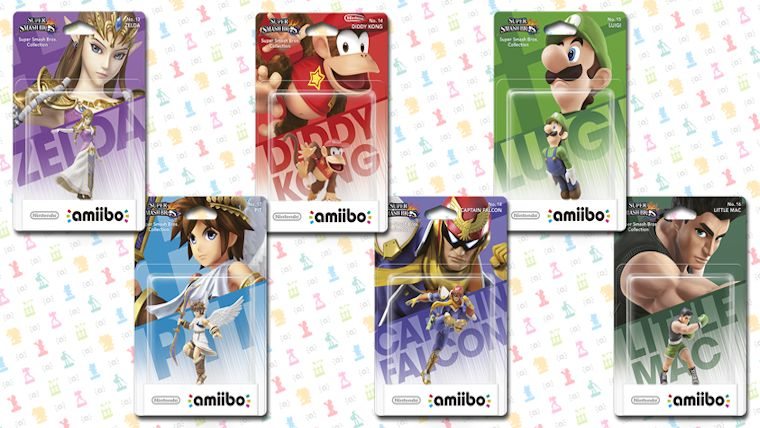 One of the biggest reveals earlier this year from Nintendo was that of the amiibo figures, Nintendo’s answer to Skylanders and Disney Infinity.  We knew that a set of 12 amiibo figures,were going to be coming alongside the release of Super Smash Bros. for Wii U due to their usage in the game, but Nintendo has now revealed when we can expect the second wave.

Just a few hours ago, it was revealed that Super Smash Bros. for Wii U would be coming out on November 21 in the US, along with Captain Toad: Treasure Tracker coming a few weeks later on December 5. Now, Nintendo has also taken the chance to announce that a second set of amiibo figures would be coming to the US sometime in December. This second set consists of six more fighters from Super Smash Bros., in addition to the previous 12. This set will include the following amiibo figures:

These join Mario, Peach, Yoshi, Donkey Kong, Link, Fox, Samus, Wii Fit Trainer, Villager, Pikachu, Kirby and Marth, which will be coming on November 21. All 18 announced amiibo figures will retail for $12.99, which puts them a little cheaper than their competitors, which is good news for those looking to buy them all. The figures are not just exclusive to Super Smash Bros. for Wii U either, as they will be eventually compatible with the 3DS version and other Wii U games like the aforementioned Captain Toad: Treasure Tracker.

This second wave of amiibo figures does not have a specific release date in the US outside of December, but was announced as coming to Europe on December 19, so it should be somewhere around that time more than likely.