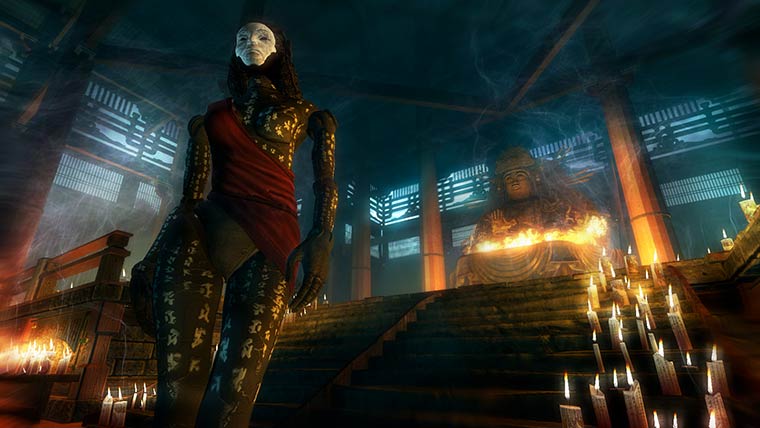 Some of you older folk might remember a game called Shadow Warrior. For those of you who don’t have any idea what that is, imagine Duke Nukem, but Asian and with more sword fighting. And also apparently mildly racist and misogynistic themes.

Come in the reboot of Shadow Warrior by Flying Wild Hog, the makers of Hard Reset, along with the “producers of Hotline Miami.” It may not be a triple A blockbuster game with the marketing budget of Call of Duty and Battlefield, but it sure looks like it can be a hell of a lot of fun.

Shadow Warrior the reboot, promises comedy, innovative first-person shooting, some impressive first-person swordplay, upgradeable weapons, magic among other things. It’s shaping up to be one decent sized chunk of fun to help you pass the time between the relatively barren months between GTA V and the major Ubisoft releases of Assassin’s Creed IV and Watch Dogs, as well as the other blockbusters of Battlefield 4 and Call of Duty: Ghosts.

Replayability factor may be an issue with this game, as it tends to be for many smaller releases, with the lack of multiplayer functionality, but you only need to look to the trailer “You’ve Got Wang” to get an idea of what to expect. Apparently it’s supposed to be dumbed down, less offensive and more politically correct. We’ll see about that

Shadow Warrior hits Steam and GOG on September 26th and is available for pre-order now.

What do you think of Shadow Warrior? Does it look like something you want to try? Leave a comment below!