Shepard Returns to The Citadel in Mass Effect 3 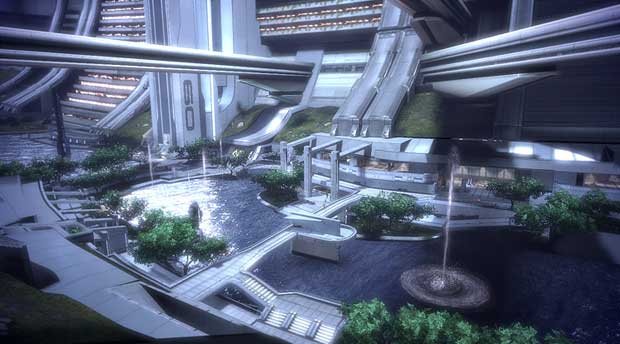 Bioware has revealed that Commander Shepard will return to the Citadel in Mass Effect 3, and the missions will be at least in part derived from content that was left on the cutting room floor for Mass Effect 2. The Citadel, which was one of the focal points of the original Mass Effect, didn’t see as much focus in the sequel, but Bioware struggled with whether or not to include Citadel quests in the game.

According to Mac Edwards of Bioware, the developer considered a “callback” to the original Mass Effect, and has saved that for Mass Effect 3.

“There was a Mass Effect 2 plot that was a kind of callback to the first Mass Effect that was going to be on the Citadel, and we cut it,” Edwards told OXM.  “But now it’s made a resurrection in Mass Effect 3, so I’m happy, but I can’t say what it is. That’s the nice thing about trilogies, sometimes you get a second chance.”

As Edwards said, there isn’t much that he can reveal at this point, but we’ll be heading back to the Citadel nonetheless when Mass Effect 3 arrives in March 2012 for the Xbox 360, PS3, and PC.