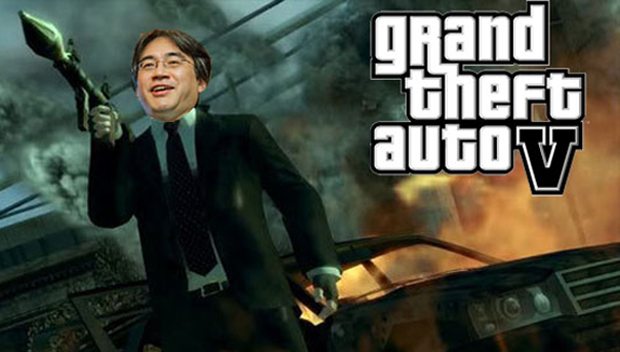 GTA V might not arrive on the Wii U, according to recent concerns expressed by the game’s publisher. Take Two Interactive’s CEO, Strauss Zelnick expressed his concerns on bringing “mature titles” to the new platform. While Zelnick assured that the company is still committed to bringing its catalog of family oriented and sports titles to Nintendo’s next console, the company’s “core” games like Grand Theft Auto are less assured.

In a recent interview with Gamasutra, Zelnick said he’s skeptical of bringing those games to the Wii U, “We haven’t announced anything,” and the publication doesn’t think that’s going to change anytime soon. “For a company like ours, it’s a great opportunity. New console launches separate the winniners from the losers, and we fully expect to be one of the winners.”

Rockstar hasn’t even announced a release window for Grand Theft Auto V. After a showing last year of a brief trailer, both Take Two and Rockstar haven’t said much about the mysterious project, but it looks like the Wii U will be notably absent on the list of platforms that the game will be available on.

These sentiments from the CEO surely haven’t stopped people from thinking about the possibilities that the Wii U tablet could provide the Grand Theft Auto franchise. Considering the use of the PDA in GTA IV, some gamers have already started preparing their mock-ups for the next batch of GTA V rumors.