Skyrim on PC Will Have Mod Tools, High Res Textures, and More 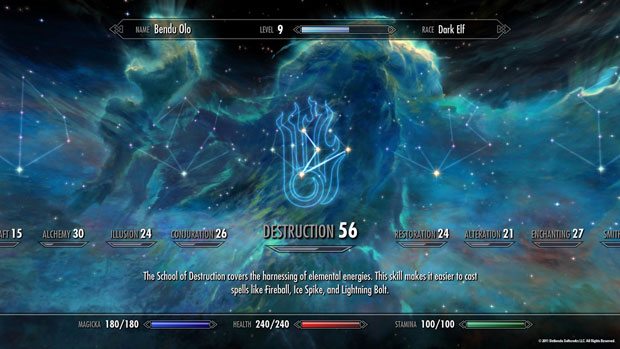 Gamers that purchase The Elder Scrolls V: Skyrim on PC might have it the best out of everyone when you take into consideration the latest intel divulged by the team at Bethesda.  Todd Howard and company revealed that the PC specific features will definitely be in play.  When asked about what PC gamers can expect in a recent interview, the tteam replied with better textures, rendering, and interface as well as mod tools.

“We’re packing a lot of info on the screen and the whole interface is much less ‘look at giant fonts!’ than, say, Oblivion,” write the devs. “There’s also a lot of “power user” stuff we do with the keyboard from how favourites work, to quick saves, and more that is similar to what we’ve done before in that area.”

“The PC version also gets higher res textures, larger render modes, and a bunch of other effects you can scale up if your machine is a beast,” the developers added.

“Modding the game and making it your own is very important to us and our fans,” the team explained in the interview, “so we’re going to keep doing whatever we can in that area.” they concluded.