Skyrim update arrives on Xbox 360, still no word on PS3

The latest news in the world of video games at Attack of the Fanboy
November 17th, 2012 by William Schwartz 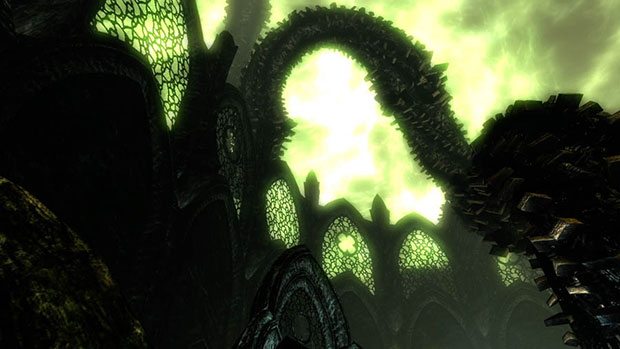 Prepping the console for the arrival of the Skyrim Dragonborn DLC, Bethesda has released patch 1.8 for the RPG.   The patch includes bug fixes for the following problems that have persisted.  This update is scheduled to arrive on the PlayStation 3 as well, but Bethesda doesn’t have a timeline for its release.

The update arrives ahead of the third scheduled expansion for the game, Skyrim Dragonborn, which is due out first on the Xbox 360 on December 4th for 1600 Microsoft Points.

Skyrim Dragonborn will feature some firsts for the game, which include journeying outside the province of Skyrim, off the coast of Morrowind to the island of Solstheim.  For the released list of bug fixes in Skyrim Patch 1.8 check below.

PlayStation Skyrim fans have been waiting for news on whether or not new content would be arriving for that version of the game.  It’s been months since any new developments have given hope for these players, but they’re still hammering away on Bethesda’s Pete Hines for more info.

When recently probed for more information about the expansions coming to the PlayStation 3, Hines explained that he doesn’t have any new news to share.