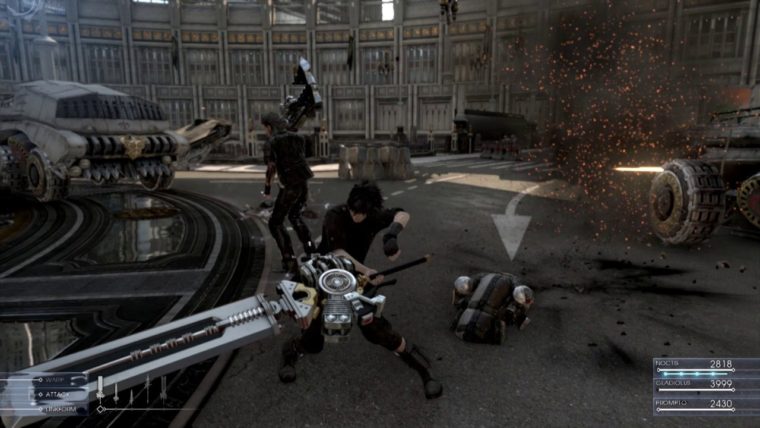 Square Enix has started to respond to the community to explain more about the combat system that we will be seeing in Final Fantasy XV.

NovaCrystallis highlighted some of the best reponses that were answered on the game’s official forums. The team had a bit to say about the game’s combat system and more.

Prasertvithyakarn Prasert, Lead game designer and AI programmer said: “We have created a system for FFXV where the player can decide the battle style that they and their comrades use, although this takes a different form to the gambits in FFXII. More on this feature will be explained in the near future.

Yuji Kenichiro, Lead game designer and combat planner talked more about combating large monsters in the game. A fan wanted to know if players could climb on top of monster’s backs. He said that this is a “gameplay mechanic where you can debilitate enemies by destroying parts of their anatomy and it plays an important role in battle“.

He also went on to say that’s it’s possible players can position themselves onto a monster’s most vulnerable spot by using the warp ability or by parrying actions against their own attacks.

We should know more about Final Fantasy XV in the next few months. Square Enix is set to hold a special event next March where they will finally announce a release date for the game.