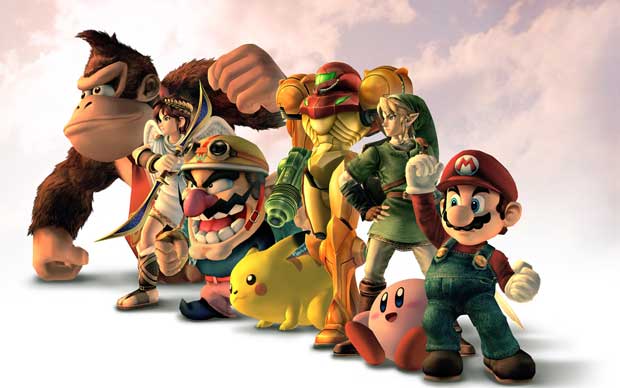 Nintendo President Satoru Iwata was met with roars of applause and booming cheers (including ones from yours truly) at the company’s E3 press conference when he announced a new Super Smash Bros. game would not only be coming to Wii U, but to the 3DS as well. Unfortunately, it seems Mr. Iwata jumped the gun on that announcement.

Masahiro Sakurai, creator of the Smash Bros. franchise, quickly dispelled Iwata’s premature announcement in the latest issue of Famitsu magazine. In the issue — translated by 1up — Saurai claims he and Project Sora are mainly focused on their latest project, Kid Icarus: Uprising for the 3DS.

“We’ve got no plans whatsoever,” Sakurai says, “We’ve got two new games out in the open when there’s no extra time to work with them at all. It makes me cringe, and I’m not sure it’s the smartest thing to make gamers wait for several years, but the early announcement was made chiefly in order to attract new team members.”

“Project Sora had intended to make a 3DS Smash Bros. once it had finished up a game on the system and had gotten used to the hardware’s feature set,” Sakurai went on to write. “With the advent of the Wii U, though, we had a choice to make. Iwata asked us if wanted to make the next Smash Bros. on the Wii U or 3DS, and my thought was that we had to go on both platforms.”

Sakurai explains how he and Project Sora would end up feeling too limited concentrating on only one system over the other — implementing HD graphics on the Wii U, but having to leave out other  features possible on the 3DS version, for example. Sakurai was also afraid he would be competing with himself if two different versions of Smash were released.

Although Brawl was a bit of a flop in the eyes of many gamers, the original Super Smash Bros. on the N64 is one of my favorite games ever. The announcement of a new entry in the franchise made me scream with delight — possibly still riding the Wii U high, but also at the thought of being able to play the game on a handheld.

While Kid Icarus: Uprising was a blast to play at E3, it’s a little disappointing to hear Sakurai say gamers might have to wait “several years” for a new Smash Bros. game. If Project Sora will take the time to make this new entry as good as the original or its sequel Melee, I have no problem being patient with the company.

If they turn out another Brawl, then I’ll have a problem.