Sadly no cardboard boxes are available. 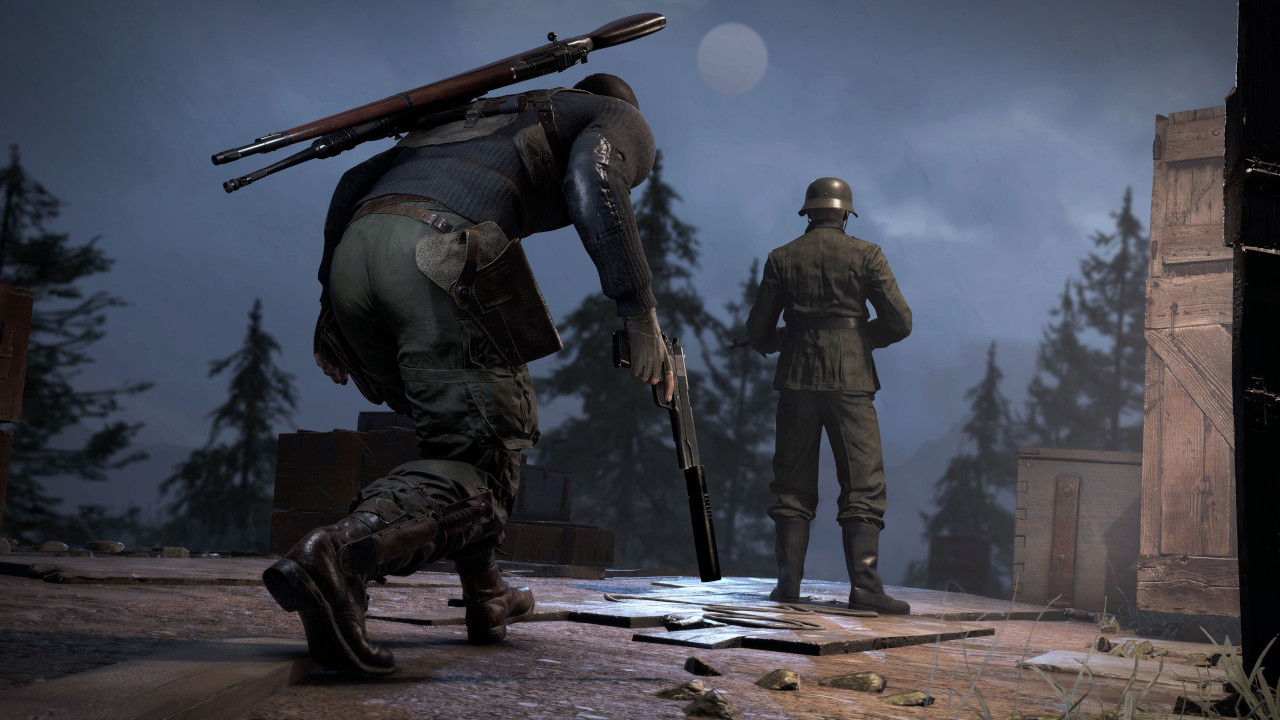 Sniper Elite 5 is releasing soon, and you might be eager to jump right into the action.  But be forewarned, this isn’t the same type of shooter action found in Call of Duty or other contemporary WWII shooters, but rather a tactical stealth shooter, with plenty of realism in its mechanics to deter you from running in guns blazing.  The game’s stealth elements can be hard for some to adjust to if they’ve not played the subgenre before, but this guide should help provide helpful tips.  Read on for our guide on How to Remain Undetected Using Stealth in Sniper Elite 5!

Sniper Elite 5: How to Use Stealth

While the simplest answer should be to not be seen to avoid detection, you must take into consideration how much noise you make, your position in the enemy’s field of view, and how your actions might cause the enemy to track you down if you’re not careful.  Some missions, particularly Mission 2 on your first playthrough, won’t give enough noise cover such as planes flying over, to muffle the sounds of your rifle as you take down soldiers, so sometimes it’s best either to take down enemies up close after moving through the cover of tall grass or obstacles or avoiding enemies altogether.  Remember, if enemies’ bodies are found, this can cause searches, so if you kill enemies or leave them unconscious, be mindful of any nearby soldiers.

In addition to being mindful of who you choose to incapacitate, consider finding ways to distract the enemy to avoid combat entirely.  Things such as generators or phonographs you can turn on to create a distraction will draw enemies, thus creating openings.  If you don’t have these, consider using the whistle in your inventory, causing the enemy to investigate but not go into combat mode like when they hear a gunshot, or throw a bottle to draw them away.  Worst case scenario, you can detonate an explosive away from you, potentially causing the enemies who hear it to search the area and consider the nearby spots as your possible last known location, while you slip through during the confusion.

Some final tips: walk while crouched or crawl, and avoid walking or running upright if at all possible, as this can be heard easily.  Silencers on most guns will reduce the audible distance from which gunshots are heard; silencers don’t eliminate sound despite their name, they just mask the flash of the gunshot and some of the noise, so maintain your distance for any shot.  If you’re detected in a high-pressure situation or cause an alarm, you’ll be easily overwhelmed, so if you must take a shot that risks detection, quickly move to a new position, so you can pick off any enemies that search the area in response.

This concludes our guide on How to Remain Undetected Using Stealth in Sniper Elite 5!  Be sure to check out our other guides, and our review!

Attack of the Fanboy / GAME NEWS / Sniper Elite 5 Stealth: How to Remain Undetected