Looks like someone got a taste of the Midnight Bliss... 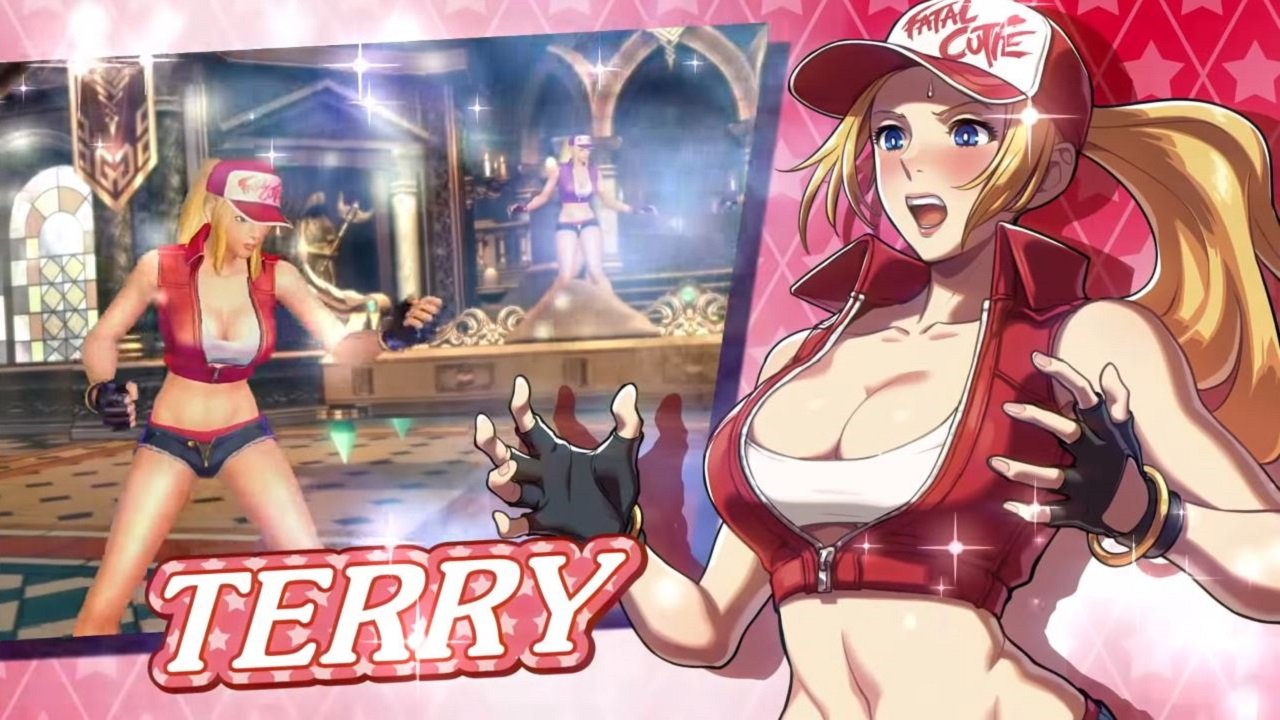 After a leak in June featured his name on the game’s trophies, NIS America has confirmed that Terry Bogard will be playable in in SNK Heroines: Tag Team Frenzy.

Having served as the face of SNK’s fighting games since he debuted in Fatal Fury (1991), Terry Bogard is a man who needs no introduction. However, you might have noticed that there is something different about him since we saw him last in The King of Fighters XIV. Yes, that’s right, he’s a woman now — and judging from his reaction, he’s none too thrilled about the development.

We don’t know how this happened within the context of the story, but this isn’t the first time Terry has been presented in this manner during his lifetime. As mentioned in the article detailing Mui Mui’s reveal, Terry gets transformed into a woman whenever he is hit by Demitri’s Midnight Bliss attack in SNK vs. Capcom. In fact, pretty much every male character — including Demitri, himself — will be turned into a woman once affected by it; so, really, this isn’t breaking new ground at all.

That said, one has to wonder why SNK chose to go this route instead of adding Alice Nakata whose fighting style is partially inspired by him. One would surmise that it was done purely for laughs and publicity (it worked), though there’s also the possibility that it was also done to fill the crossdresser/genderbent character slot that Miss X occupied in SNK Gals Fighters.

And with Terry’s inclusion, we’ve now gone through all 14 characters that will be in the roster (assuming there are no DLC characters). Here is who we got:

It’s not bad, if not a tad disappointing. Considering that the game is titled SNK Heroines, there was some expectation (or, perhaps, delusion) that we’d be seeing characters from other SNK fighting games, like Akari Ichijou (The Last Blade) or Ai (Neo Geo Battle Coliseum). That’s not what happened. Ultimately, this is looking more like KOF XIV Heroines + Shermie than anything else. Eh, it still looks fun though.

SNK Heroines: Tag Team Frenzy is due out for the PlayStation 4 and Nintendo Switch on Sept. 7.