A familiar favorite is added alongside new quality features. The Sonic team has dropped a big HD update showcase for Sonic Colors Ultimate, and the new features are something to spin jump in excitement about. For some time, fans have been getting the minimum amount of actual official updates, relying on rumors, leaks, the gameplay trailer, and screenshot analysis to whet their appetites. And now finally, Sega’s come forward and talked about a few significant changes that will be added to the HD port.

WHAT’S NEW IN THIS UPDATE?

The first thing showcased is the confirmed and official specs for the game, which will run at 60 FPS, and improve lighting and graphics, as to be expected from an HD reboot, so it’s no surprise. 4K resolution is also promised, for the consoles that are capable of it. The graphics showcased in the trailer definitely speak volumes for this, and it’s a very good thing, as fans have been pointing out several issues with lighting in particular, and we’re hoping the final product captures everything well and improves upon it.

The next feature shown, and one many fans can be excited about, is Rival Rush. This mode confirms yet another new NPC character addition that wasn’t in the original, as you race against Metal Sonic like the Sega CD days, to unlock rewards. Although there’s still no word or really any hope that there will be any actually playable characters, these extra additions are still something for fans to be excited about. 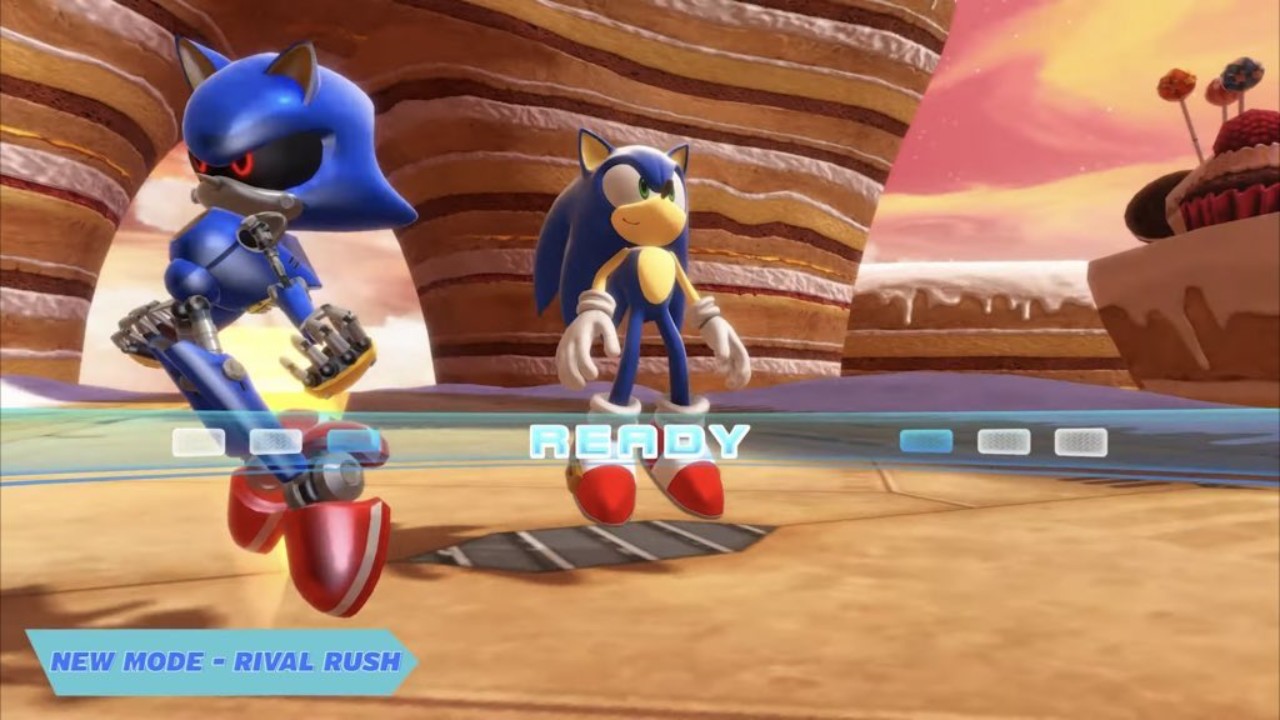 A new store has been added, allowing you to use a currency called park tokens to unlock extra cosmetic features for Sonic, like boost graphics, auras (which seem to be just a special force that surrounds Sonic), shoes, and gloves. The trailer shows us a lot of different looks and they make the Blue Blur look pretty snazzy.

The Jade Ghost Wisp and it’s ability has been revealed, as it’s been seen in images and the newer concept art. It allows Sonic to fly around, and pass through solid objects to uncover secrets. Since this is a brand new Wisp, it’ll be interesting to see how the level designs change to incorporate it.

Customizable controls are another more minor feature that has been added, allowing players new and old to have a control scheme that works best for them. No real details were really given on how it works exactly, so for those interested, you can just hope it’ll be similar to remapping buttons the way you want.

The other NPC that we’ve been seeing teased for awhile in screenshots, and most recently in the Sweet Mountain gameplay trailer, is Tails Save. By collecting Tails heads in stages, you can save yourself from falling into a pit, as Tails carries you back to safety. No word yet if this is an easy mode feature you can toggle on and off.

Getting 100 Rings doesn’t just mean you get an extra life now. After you reach that magic number you’re given temporary invincibility, and a score boost. This should not only ease gameplay more, but it’ll also help grinding for the highest rank a little easier as well.

And lastly, new remixes. The official Sonic social media accounts have already been teasing a few tracks, such as Aquarium Park and Sweet Mountain. And during the trailer we get a pretty epic remix of Planet Wisp, that fans are already receiving well.

The best thing about this update is that it’s titled “Spotlight #1 HD Updates”, which means this isn’t going to be the only update. We can expect even more updates on Sonic Colors Ultimate in the future as we approach official launch day. And with how much brand new content this update has given us, fans can definitely have something potentially exciting to look forward to.

Sonic Colors Ultimate is coming on September 7th, 2021, to Windows, Nintendo Switch, Xbox One and PlayStation 4.