The latest news in the world of video games at Attack of the Fanboy
August 31st, 2017 by Dylan Siegler 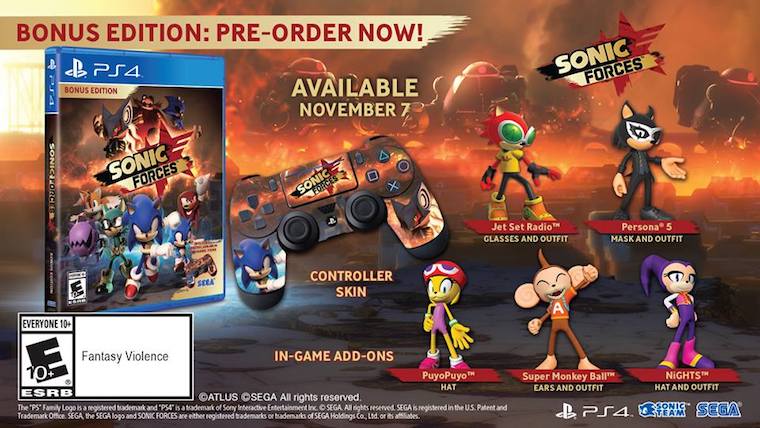 Earlier this month, one of two anticipated new Sonic the Hedgehog games came out. Sonic Mania was a return to the 2D platforming style the franchise was known for in the 90s and the new game came out to critical acclaim. The other new upcoming game is Sonic Forces, a continuation of the 3D platforming style the series adapted in the late 90s and through the 2000s. All we have known up to this point is that Sonic Forces was slated for a holiday release, but today (August 31) we were finally given an official release date.

Sonic Forces will be coming out on November 7 and will be available for PlayStation 4, Xbox One, Nintendo Switch and PC. Additionally, it was announced that there will be Bonus Editions for console versions of the game that are currently available for pre-order. These bonus editions include a physical copy of the game, a Sonic Forces themed skin for the controller of the console you choose and downloadable outfits for the custom character mechanic. These custom outfits include a Jet Set Radio outfit, a Persona 5 outfit, a PuyoPuyo hat, a Super Monkey Ball outfit and a NiGHTS outfit.