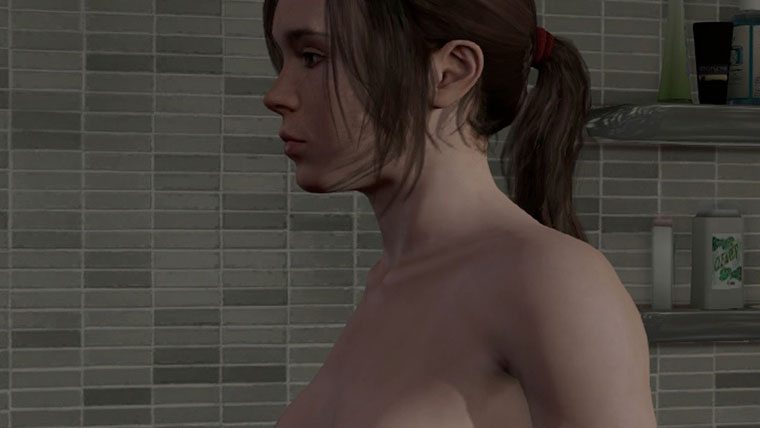 Screenshots and videos of a nude Jodie Holmes were leaked earlier this month. The images were leaked from a Beyond: Two Souls review code running on a dev kit. The scene features a digitally rendered Ellen Page taking a shower:

Eskimo Press recently ran a story about a Sony’s  PR team reaching out to ask them to remove their story about Ellen Page’s 3D avatar being nude in Beyond: Two Souls, and they complied insofar as to remove links to the site(s) hosting the images.

“The images are from an illegally hacked console and is very damaging for Ellen Page.”, Sony’s European PR mentioned, “It’s not actually her body. I would really appreciate if you can take the story down to end the cycle of discussion around this.”

More information as the story develops.