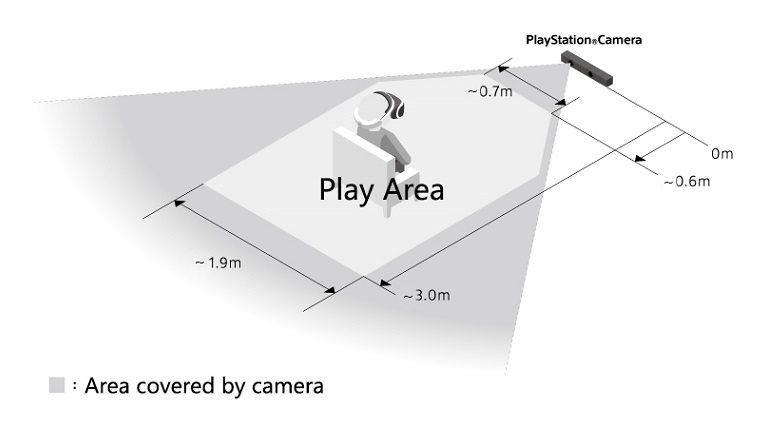 We’re getting closer and closer to Sony’s dive into the world of virtual reality with PlayStation VR, and now they have released some information regarding what kind of space setup you’ll need in order to actually utilize the device. They recommend that users have at least 60-square-feet of space, while also suggesting that players try it out before actually purchasing it.

“PS VR uses 3D vision technology. As there are individual difference in viewing 3D graphics and feeling of wearing VR headset, please try PS VR at shops or trial events before purchase.” This was revealed on the PlayStation Asia website, where it is also suggested that players remain seated “whenever possible” while using the device.

“Limit your use of PS VR to within the Play Area. The height of the Play Area depends on the range captured by the camera. Clear an area larger than the Play Area of all obstacles before using PS VR and remain seated whenever possible. If an application requires you to stand while wearing, the VR headset, follow the application instructions carefully, and maintain awareness of your surroundings.”

Lastly, they also revealed that the target age for using the device is ages 12 and up, with the page saying that “kids under 12 are not allowed to use VR headsets.” PlayStation VR is set to launch on October 13th and will cost $399.