Sony’s Kaz Hirai To Step Down As CEO

The latest news in the world of video games at Attack of the Fanboy
February 2nd, 2018 by Jelani James 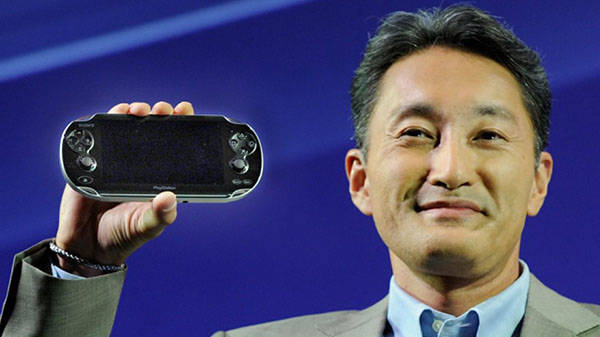 It’s been nearly six years since Kazuo “Kaz” Hirai was appointed CEO of Sony, and now he’s announced that he will be moving on from that position following a transition in management that will see him working in a new role, while current executive deputy president and chief financial officer Kenichiro Yoshida steps up to take his place.

Here’s what he had to say in a statement released by Sony:

“Ever since my appointment as President and CEO in April 2012, I have stated that my mission is to ensure Sony continues to be a company that provides customers with kando – to move them emotionally – and inspires and fulfills their curiosity. To this end, I have dedicated myself to transforming the company and enhancing its profitability, and am very proud that now, in the third and final year of our current mid-range corporate plan, we are expecting to exceed our financial targets. And it excites me to hear more and more people enthuse that Sony is back again. As the company approaches a crucial juncture, when we will embark on a new mid-range plan, I consider this to be the ideal time to pass the baton of leadership to new management, for the future of Sony and also for myself to embark on a new chapter in my life.

My successor, Kenichiro Yoshida, has supported me closely since returning to Sony in December 2013 , contributing extensively beyond his remit as CFO and acting as valuable confidant and business partner, as we took on the challenge of transforming Sony together. Mr. Yoshida combines a deeply strategic mindset with a relentless determination to achieve defined targets, and the ability to take a global viewpoint. I believe he possesses the breadth of experience and perspective, as well as the unwavering leadership qualities required to manage Sony’s diverse array of businesses, and as such is the ideal person to drive the company forward into the future. As Chairman, I will of course offer my full support to Mr. Yoshida and the new management team, and do all I can to facilitate a smooth transition and ensure their future success.”

Hirai, 57, joined CBS/Sony Inc. (later Sony Music Entertainment Japan) in 1984, where he worked in the marketing of international music in Japan. He joined Sony Computer Entertainment America (SCEA), the PlayStation division, in 1995 and was appointed president and COO of SCEA four years later in 1999. In 2006, he took over Sony’s video game business worldwide.

After some time as president of the Networked Products and Services Group at Sony Corporation, he rose to his current position of CEO where he assumed responsibility for all of Sony’s consumer electronics products and services, and its global software, sales and marketing and design platforms.

However, just because he’s stepping down from his position, doesn’t mean that Hirai will be leaving Sony entirely. Rather, he’ll be Director and Chairman of Sony Corporation once everything goes into effect on April 1 — the start of the Japanese financial year.