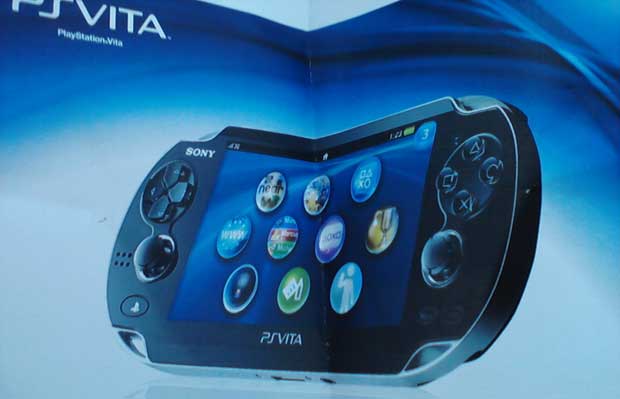 Sony is likely to reveal the official branding for their next handheld gaming device at this year’s E3 event in Los Angeles.  Tentatively titled the Next Generation Portable (NGP), the device is rumored to be officially be sold as the PlayStation Vita.  According to sources that received a Pre-E3 sheet of some sort revealing the handheld with its new name strewn about.

According to the anonymous source who told Games Pundit, “this will be the definite and final name of the new system Sony will bring out at the end of 2011.”  The scan above is the evidence in the case of The Case of the Unknown Handheld.  Ok someone’s been playing a little to much L.A. Noire.  All will be revealed in a few short days at Sony’s press conference in Los Angeles.

If this rumor turns out to be true, what do you think about the name?  PlayStation Vita?  Vita is a prefix that has been attached to many words in the realm of health and fitness as well as games see —> Vita-Chamber from Bioshock.  The word also has meaning in Latin as life,  but I wouldn’t expect many people to actually know that without googling it.  Does Vita resonate with you?  Personally, PSP2 would have been just fine for me.  The image at the top of the page is the allegedly leaked pre-E3 information that this rumor developed from.