South Park: The Fractured But Whole Delayed a Second Time

The latest news in the world of video games at Attack of the Fanboy
February 9th, 2017 by Kevin Reyes 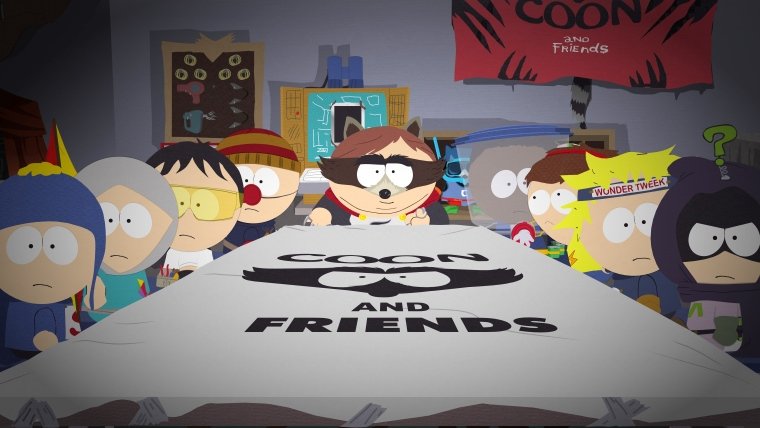 Ubisoft’s upcoming South Park title has been delayed once again as South Park: The Fractured But Whole has been pushed back to release anytime from April 2017 to March 2018. This piece of information was first revealed during Ubisoft’s earnings call and later confirmed on their blog.

“South Park: The Fractured But Whole will now launch on Xbox One, PlayStation 4 and PC in FY18,” Ubisoft writes, with the company’s fiscal year spanning April to March. “The teams at South Park and Ubisoft San Francisco are committed to pushing the envelope during development to deliver the best experience possible, and this additional time will allow them to do so.”

When it was first announced in 2015, it was scheduled to release in December of the following year. But in September of 2016, Ubisoft announced that the game would be delayed to Q1 2017. Now it’s been pushed back a second time.

Finally, they report that, taking into account the South Park delay, Ubisoft expects to make €644 – €684 million ($686 – $729 million) during the last quarter of the fiscal year. This time period will see the release of For Honor and Tom Clancy’s Ghost Recon Wildlands for the PC, Playtation 4, and Xbox One as well as Just Dance 2017 for the Switch. It will also include DLC and expansions for Steep, Tom Clancy’s Rainbow Six Siege, The Division, and Watch Dogs 2.