The latest news in the world of video games at Attack of the Fanboy
February 21st, 2017 by Joshua Evans 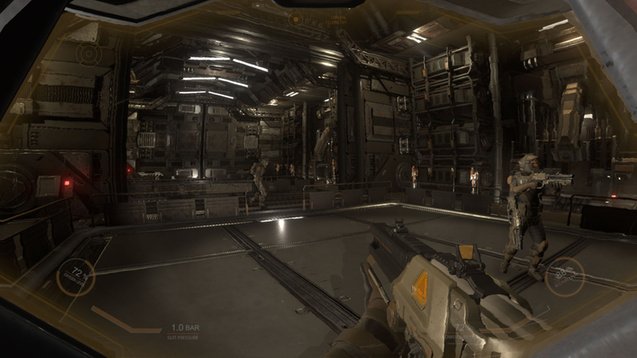 In the event that you have not heard of Hellion, and I certainly had not until recently, it is a open world Space Survival game with a bunch of randomly players by Zero Gravity Games. Imagine Space Engineers, Elite Dangerous, and DayZ rolled into one Early Access Title. In first person. If that does not already excite you then their new cinematic trailer may change your mind some what. Especially as it is one of the better trailers I have seen for a game, or anything for that matter.

As the name may have told you (a “hellion” is a trouble maker) there is a lot of mischief to get up to, as the trailer demonstrates. However if harming your fellow man for personal gain is not your cup of tea, there is mining, base building and other survival elements to keep you entertained. At least until some one more unscrupulous tries to pull one over on you. Zero Gravity Games has been doing a good job of keeping fans apprised of the game’s situation. You can tell a lot of love is going into this game, pronounced none better than during their Developer Let’s play. Hellion is certainly going to be interesting with it being a massive smörgåsbord of ideas going into one ambitious title. On the other hand, it is an Early Access title, with all the connotations that label entails. Hopefully Zero Gravity Games keeps going about Hellion the way they are now, and it ends up the amazing game it looks like it is going to be.

Hellion will release into Early Access on Steam. February 24th, 2017.  More information can be found on Zero Gravity Games official website. The game is certainly worth a look or two, and the trailer is worth several more even if it is just for that awesome music.