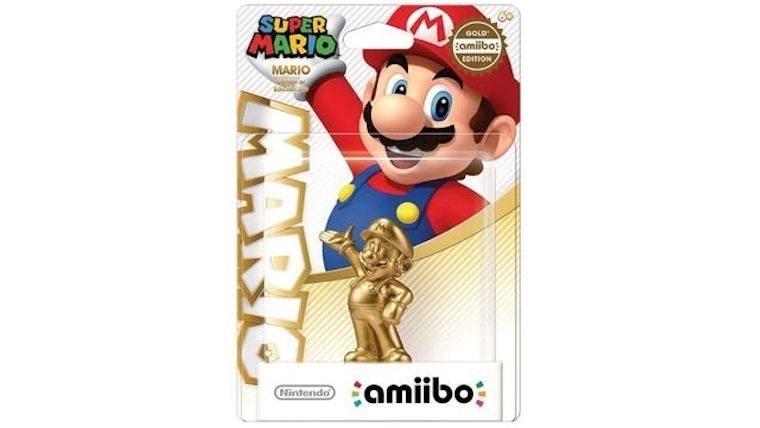 The amiibo phenomenon just keeps getting worse for the collectors with each wave seemingly being harder to find then the last. Leaks surfaced a few weeks ago of a special Gold and Silver Mario, which many speculated may be the final Club Nintendo rewards. However, some of them has been revealed as yet another retailer exclusive, this time from Walmart. 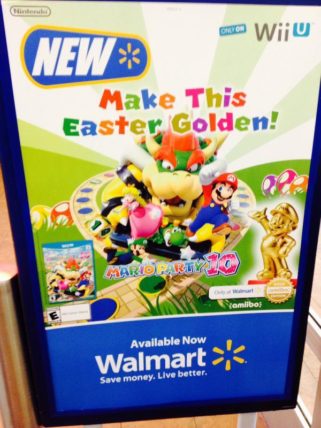 This information comes courtesy of an in-store poster that has leaked from Walmart on Reddit, which promotes Mario Party 10 while also showing off the special Gold Mario amiibo we saw in the previous leak on the Nintendo website. More interesting is the part that says it is only available at Walmart, which is bound to cause issues like we’ve already seen with Lucario, Rosalina, Shulk, and soon to be Meta Knight.

The possibly good news is that the reports are that this amiibo has seen two months of production, though that information is not confirmed in any way. Recent wave 3 amiibo and the other rares only saw one month of production each, so perhaps the Gold Mario will be pretty common across the large Walmart chain. Target, Best Buy, and Toys R Us are certainly large chains, but nothing is bigger than the conglomerate that is Walmart in the US. These days it seems like a Walmart is on just about every corner, so hopefully that will help make it easier and be able to ruin scalpers’ days.