The latest news in the world of video games at Attack of the Fanboy
February 12th, 2018 by Dylan Siegler 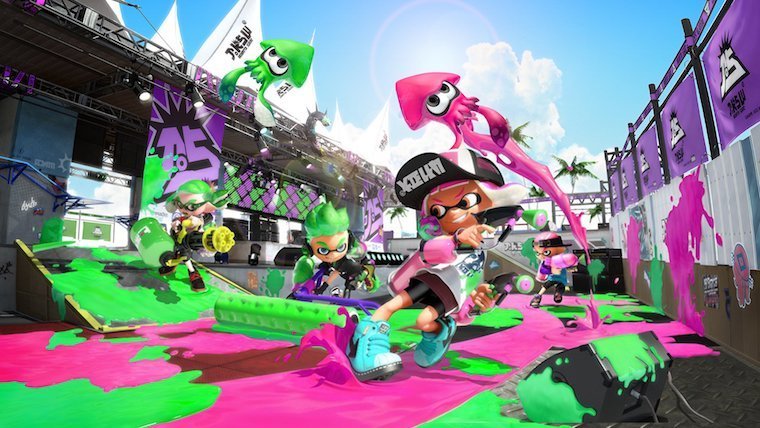 At this point, you’d have to be living under a rock to not know about Nintendo’s new console, the Switch. As well as having a unique design that allows for both home console play and handheld play, the console has some great games. One of its most popular games, aside from The Legend of Zelda: Breath of the Wild and Super Mario Odyssey, is Splatoon 2, a sequel to the kid-friendly shooter for the Wii U from 2015. If you have a Switch but haven’t gotten your hands on this game yet, Nintendo will be offering a new Starter Edition for those new to the franchise.

Nintendo announced earlier today (February 12) that the Splatoon 2 Starter Edition will become available on March 16 and cost the same amount as the game on its own, $59.99. This edition will include the game itself, obviously, as well as two pages worth of stickers and a 100-page strategy guide, called a Splategy Guide, to help new players onto their feet. If you’ve been meaning to get into the Splatoon series, this might provide the perfect excuse to do so.

Nintendo also recently announced that the Splatoon 2 characters Pearl and Marina will be getting amiibos sometime this year, though it is currently unknown when exactly they’ll become available or what they will do for the game. We do know, however, that they will be available exclusively in a two-pack with both amiibo and that that pack will cost $24.99.