Splatoon to Receive Another Free Map at 7PM PT

The latest news in the world of video games at Attack of the Fanboy
July 24th, 2015 by Emily Speight 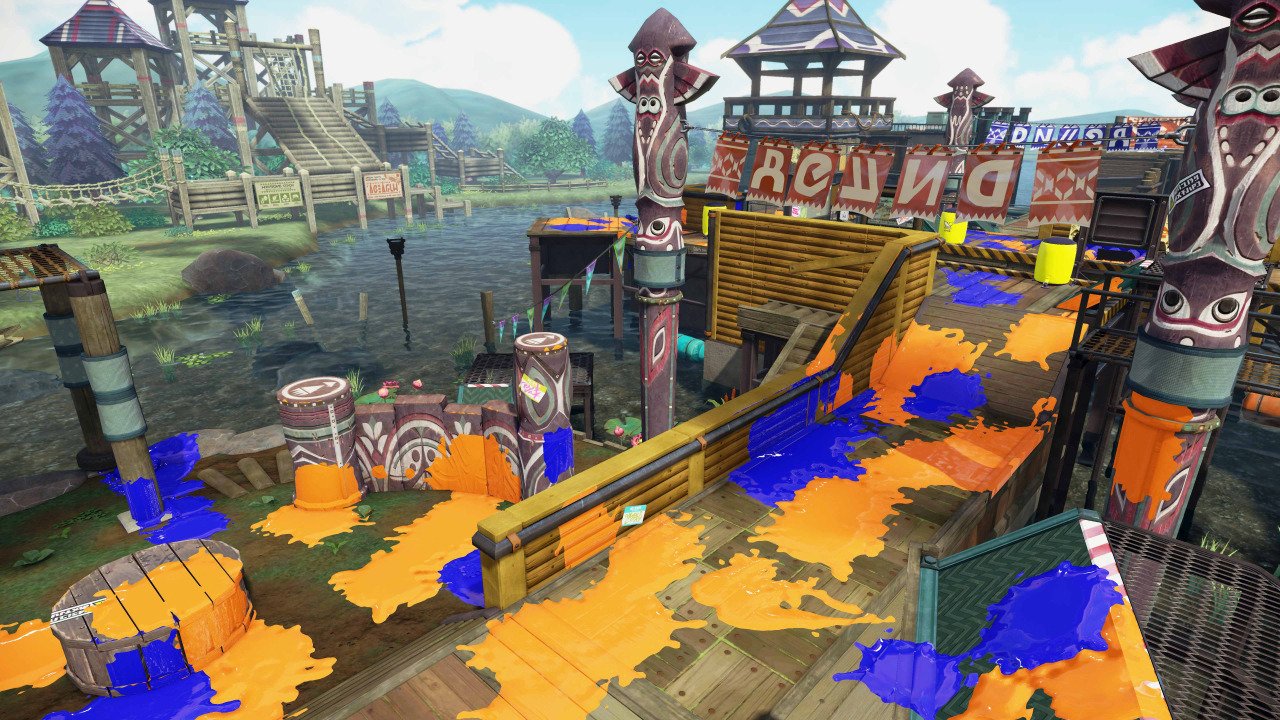 Pack your knapsack because we’re going to camp. Camp Triggerfish, that is!

When the Inklings aren’t busy making s’mores or boondoggle key chains, they enjoy the majestic scenery afforded by camping the best way they know how – Turf War! Battles here play out across a series of bridges, which you’ll have to cross to reach your opponents’ turf.

It’s the weekend, which means it’s a perfect time to sit down and get a little multiplayer gaming in while servers are at their most populated. Splatoon has got you covered in that respect, with another free map being released tonight at 7PM Pacific Time. As Splatoon’s official tumblr suggests, the MPA is themed after a summer camp. Instead of canoes and crafting, though, Camp Triggerfish’s main draw is that it’s usable across several multiplayer modes.

Camp Triggerfish’s distinctive floodgates are set to change between each mode. They open the proverbial as well as literal floodgates, allowing players to come and go freely among both team bases while they’re open. In Ranked Battle, the gates remain open all match, allowing for a constant free-for-all. Turf War, by contrast, closes the gates until the final minute of the round, allowing for last-second assaults and desperate defenses.

If it’s been awhile since you last played, then check out our Splatoon multiplayer guide for some tips and tricks to get you back into the game.