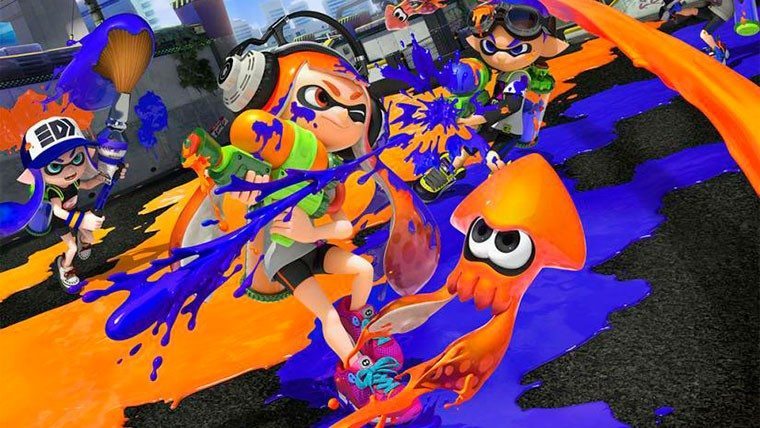 Splatoon is shaping up to have one of the best and most active multiplayer components on Wii U. The 4v4 action pits teams against each other in arenas where killing isn’t necessarily the goal. Instead, players have to cover the map with their team’s ink, and control it until the end of the match. This shift in gameplay mechanics will likely jar even the most seasoned shooter veteran, forcing them to rethink their strategies as far as how to tackle the multiplayer component. To help out we’ve assembled some tips and tricks to help out beginners with the game.

Use the Motion Controls

If you’re like me, you aren’t usually a big fan of motion controls. Sure, they can be fun in more casual affairs, but something competitive requires the precision of an analog stick. That seems to no longer be the case though as Nintendo has nailed the motion controls to a tee in Splatoon. Being able to make minor adjustments to your aim by twisting the Gamepad will be a huge boost in online play, so make sure you use it and get more accustomed to how it works.

It’s All About the Ink

Shooting other players is fun, and certainly helps your team out as it takes a player out of the game for a bit as they respawn. However, the main goal is to cover the map in your ink, nothing more. If you’re spending all of your time hunting other players and taking them out, you are wasting valuable time that could be spent spraying ink everywhere. 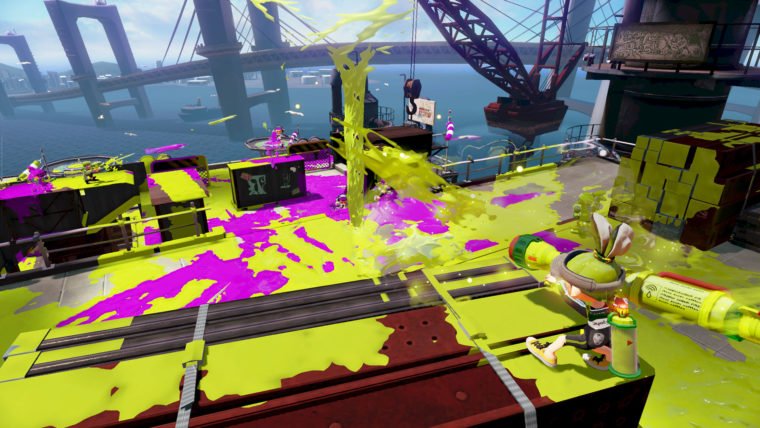 Something that was quickly pointed out by Nintendo about the scoring system is that it only counts the floor when determining winners. The walls can be covered in ink, but they don’t factor into the endgame calculation. Spraying walls can do some good, allowing you and your team to reach high places, but overall it should be avoided unless necessary.

Don’t Forget About Your Base

When the game starts, most players will head straight for the middle of the map. This is good, as it gets the action going and draws definitive lines between the two sides at the start of the game. However, don’t forget about your own base/spawn area. If you spend the whole match fighting it out in the middle, pushing into enemy territory whenever you get the chance, but don’t cover your own area at some point, you can still lose the game.

Likewise, even if you have covered it before, someone can sneak past you and cover it for their team. Keep an eye on the Gamepad, making sure no enemy forces have broken through and dowsed your area in their ink. If they have you can tap on the spawn area to leap to it almost immediately and wipe out their hard work in just a few seconds. 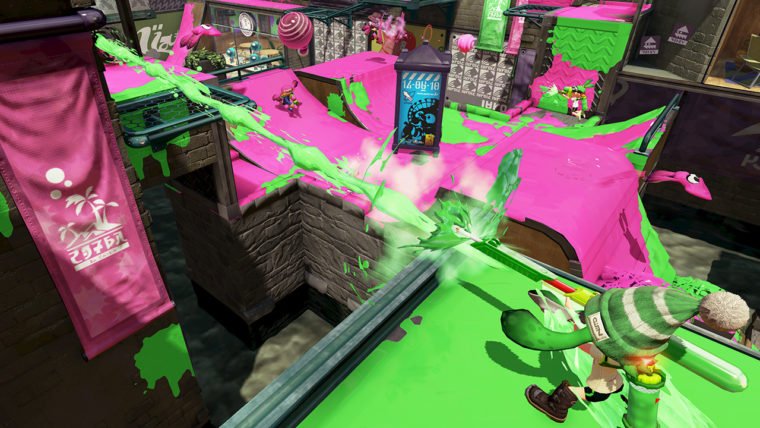 Find Out of the Way Areas

You can also use the Gamepad to spot areas of the map that aren’t being used by you or the opposing team. Hallways off to the side, or raised platforms can all be the key to victory if you secure them for your team. Getting into an enemy owned hallway and turning it completely to your side could be quick and easy and turn the tide of battle if the other team doesn’t notice.

The early weapons found in Splatoon are all pretty great and can get your through the game with ease. However, some of the later weapons can be more tailored for your playstyle. Keep heading into the weapon shop whenever you move up a couple of levels and see what new weapons are available. Test them out in the testing arena and see how they fare.

Turning into a squid and hiding in the ink is one of the best strategies in Turf War when you get into a tough spot, or are looking to take out a charging enemy. As long as you aren’t moving you’ll be extremely tough to spot, and can pop out right next to the enemy and take them down quickly and efficiently.

When facing off against an enemy they’ll probably try to get away quickly in squid form. The best thing you can do in this instance is to cut off their escape route. Simply aim above and around them, firing ink in a line. They won’t be able to swim through this, making them exposed when they try to swim through, or when they switch back to a kid. If they still try to hide, just keep spraying and you should hit them soon.