The latest news in the world of video games at Attack of the Fanboy
March 21st, 2010 by William Schwartz 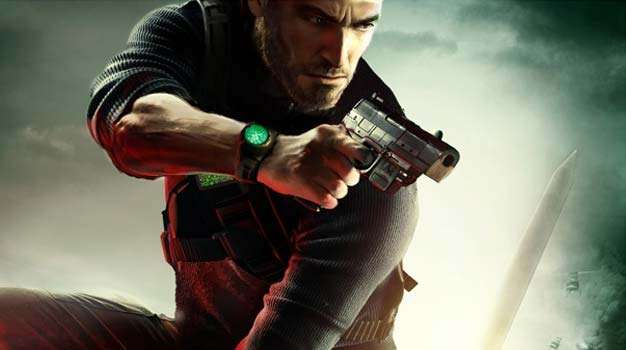 We hope that each and every single person that spends their hard earned monies on Ubisoft’s latest installment of the Splinter Cell series is happy with their purchase.  For persons that will be embarking on their first stealthy adventure as Sam Fisher, the game looks great as judging by the demo.  For those of you that are grizzled SC veterans, you might be in for a rude awakening.  Here are 5 reasons why Splinter Cell Conviction might disappoint you.

#5 –  Splinter Cell Conviction has deviated from a stealth game to a stealth/action game.

One thing is certain when you play the demo for Splinter Cell Conviction, Ubisoft is trying to capture a larger audience by making the game accessible to more players.  The gameplay has changed drastically in Splinter Cell Conviction. There is an obvious trend from what we’ve seen of the game, one where the developers simply have incorporated elements that will make it appeal to fans of action games, while at the same time not changing it enough to completely alienate the stealth audience.  Most of the realism that made Splinter Cell games the best in their class, has been stripped down.  Mark and Execute for example is one such instance of these drastic changes.  While cool, it doesn’t neccesarily feel like it belongs when comparing it side by side with other games of the franchise.

Fans of the original Splinter Cell games will notice that the pressure sensitive controls from the old games are gone.  The pinpoint accuracy necessary to sneak up on an enemy has been replaced by a less precise more clunky system of controls. Fisher feels like a bumbling mess in contrast to the precise killing machine he was in previous games.  Perhaps that’s the added realism of Fisher reaching the ripe old age of 50+, but if that’s the case they should have just given him a cane.

Remember the days of silently assassinating your prey and dragging them into a dark corner to dump their lifeless body in a way which wouldn’t trigger any alarms?  Those days are over.  Furthermore, distractions also look to have been taken out of the game.   Luring your enemies to you by whistling , throwing objects or making noise has also been discarded from Conviction.

Following the motif that this is going to be a completely different Splinter Cell title, there is no online Spies v Mercs.  For the first time since the original Splinter Cell, when there was no actual online network to facilitate online multiplayer, a SC game  will not feature Spies v Mercs.  This is a feature that hardcore fans of the series can’t seem to rationalize it’s non inclusion in the game.  Sure, it’s got a steep learning curve, but Spies v. Mercs was one of the most rich and dynamic multiplayer experiences around.  And instead of getting the new and improved Spies v Mercs there isn’t a mode that remotely even resembles it.   Leaving it out of this title alienates alot of the core fanbase.

One look at the demo of Splinter Cell Conviction and you can tell that this game isn’t nearly the cutting edge and realistic experience that it’s predecessors were.  That’s not to say that the game looks bad by any means, but fans of the series have seen drastic improvements with every iteration of the franchise and this seems like a step backwards in relation to the improvements seen in the other games.  When you put Splinter Cell up against other system exclusive titles like God of War III, Mass Effect 2, or even Halo Reach the improvements to the graphics just don’t stack up.

So there you have it. These are five reasons why we think Splinter Cell Conviction Might Disappoint some people.  While we didn’t take the time to mention some of the cool new features to the game, there are those as well.  So check out the demo, it’s available on the Xbox Live Marketplace for gold subscribers.  You may find that you don’t agree with us at all.