The latest news in the world of video games at Attack of the Fanboy
April 3rd, 2010 by William Schwartz 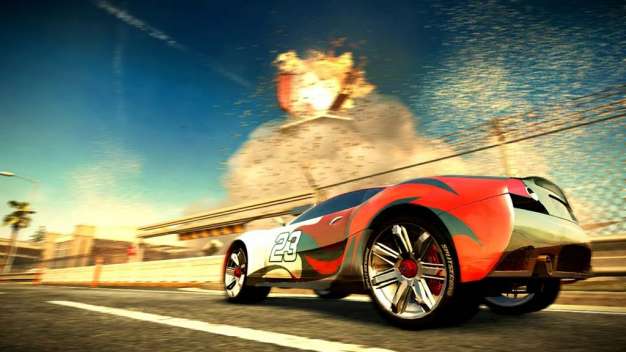 If you are looking for a sim racer, it doesn’t look like Split Second is going to be a game for you. If you are however looking for a game with outlandish stunts, obstacles, and explosions, a loud bell should be going off in you brain after watching this latest trailer for Split Second.

Based on the premise of a reality television show which uses triggered destruction props, during what seems to be a race to the death, Split Second is looking like everything else you wanted Burnout Paradise to be and more.

Split Second is being developed by Disney’s Black Rock Studio’s and will be available on May 18th for the Playstation 3 and Xbox 360.

This trailer has been removed because Split Second pretty much failed.