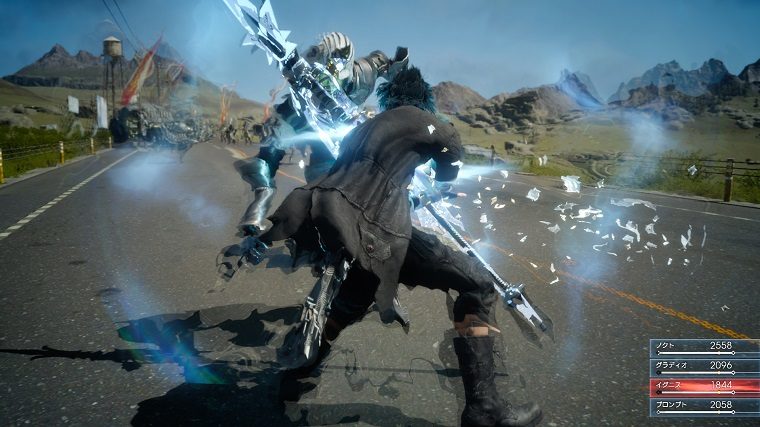 Square Enix has made a change to how you change weapons during combat in Final Fantasy XV.

First of all, they have removed a feature seen in the game’s demo. In the demo, Noctis would automatically switch between weapons while he’s fighting. They have removed this now so players will have to manually change weapons themselves.

Replacing the system allows users to change weapons by pressing the up, down, right and left buttons on the d-pad. It prevents the user from unintentionally changing weapons during a combo if they don’t want to.

I have to admit this change sounds like a good thing. It allows players to use their favorite weapon instead of Noctis constantly changing them while you are in the middle of a combat.

The “counter attack” and “Raid” skills will be executed based on the weapon that is currently being used by the player. You can choose the type of weapon you want and customize the attack for it in a menu.

It’s great that Square Enix is improving on the gameplay in Final Fantasy XV. The game is expected to arrive in 2016 for the PS4 and Xbox One consoles.