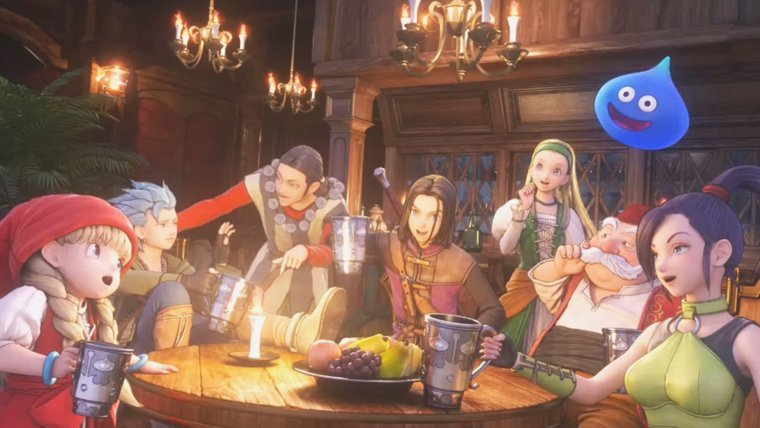 Square Enix continues building up its most important release of the year in Japan, Dragon Quest XI: In Search of Departed Time, this time by posting online the video prologue of the game, which sets up the story of the new entry. The video shows the main hero as a baby, living in a castle as the new son of the royal family. However, the place is attacked by demons one night, and his mother and sister try to escape with him. The baby ends up in the river, being taken by the stream to a safer place, where a man finds him.

The CG showcases some gorgeous visuals, showcasing the big graphic jump that this entry is making compared to the previous games, at least in the case of the PS4 version. The game completed its development last month.

Additionally, the company has also presented new free themes for PS4 and 3DS, which will be available in the Japanese digital stores of each console on July 18, a few days before the launch of the game on July 29. Pictured above is an image of the PS4 theme.

While Square Enix has still not given any information about the release of the game in the West, the title has been mentioned by Sony as one of the upcoming PS4 releases. Watch the video prologue below.