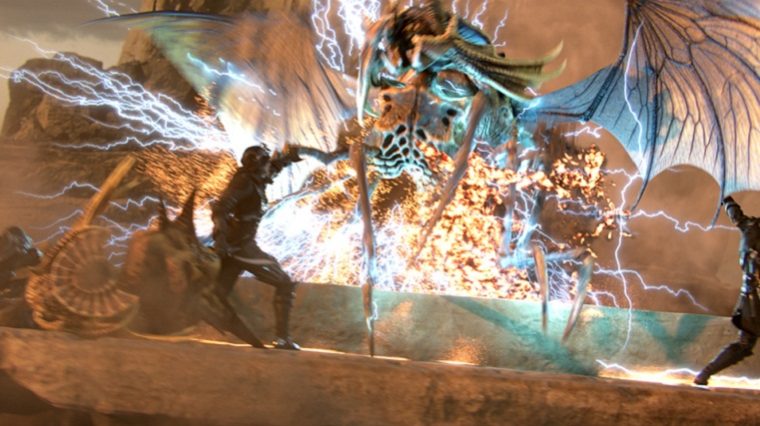 Square Enix has released some more information on the characters that will be starring in Kingsglaive: Final Fantasy XV. This is of course the CG animated movie that will give us more background detail on the lore of Final Fantasy 15.

4Gamer posted details on the characters in Kingsglaive: Final Fantasy XV and also revealed new renders and screenshots from the movie itself. The animation in the movie is freakishly realistic and are a huge improvement over Final Fantasy: The Spirits Within. Character biographies can be seen below.

Nyx Ulric: Is the protagonist and a member of the Kingsglaives elite unit. When he was just a boy he was saved by king Regis during the war, so he feels a debt of gratitude. He’s an excellent fighter, and has a high affinity with the magic of the royal family

Lunafreya Nox Fleuret: Has the ability to talk directly with the gods, and she’s a priestess of the Kannagi, responsible for the purification of the energy of the world. She still cherishes the moments she spent with Noctis during her childhood. She is supposed to be wed with the prince in Altissia, and she is going to the metropolitan area of Insomnia to reach an agreement with the king of Lucis.

Drautos: Is the general in command of the Kingsglaive, stern both with others and towards himself, he reached his position due to his hard work. He’s Nyx’s master in the art of battle.

Libertus Ostium: Is Nyx’s best friends, hailing from the same town. He has a bright personality, but he has also an emotional and stubborn side. Luche Lazarus: After having become one of the leaders of the Kingsglaive, he has earned the trust of the veteran members.

Crowe Altius: Is blessed with special abilities, and one of those able to wield powerful magic. She’s native of Lucis’ frontier, and grew up as an orphan. She thinks of the members of the Kingslaive as her family.


Kingsglaive: Final Fantasy XV will be released in Japanese cinemas on July 9th, 2016. The movie will be available in English digitally before Final Fantasy 15’s release date of September 30th, 2016.