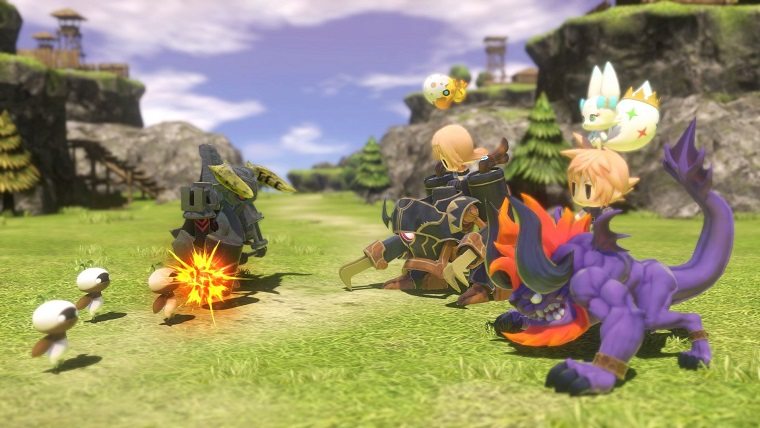 The information has been gathered up by Gematsu, where they reveal that the new characters revealed recently are Lann, Reynn, Tama, Warrior of Light, Cloud, Lightning, Princess Sarah, Yuna, Sherlotta and Faris Scherwiz. Many of the latter characters are ones that we all obviously know and love from previous games in the series, though Lann, Reynn and Tama look great and remind me a lot characters you’d find in the Kingdom Hearts series.

In addition to all of the new information revealed on characters they also shared a bit more about the game’s companions, where it was revealed that your characters will work with mirage monsters. Mirage monsters are essentially sidekicks that you can befriend on the field to discover treasure and maneuver around otherwise blocked pathways throughout the game.

World of Final Fantasy is in development for PlayStation 4 and PlayStation Vita, though an official release date has not been revealed at this point. In case you missed it, check out some great-looking new gameplay that was revealed at the recent Jump Festa 2016 Stage Event via the video below.