Steam Game Festival: Summer Edition Is Live with a Slew of Demos 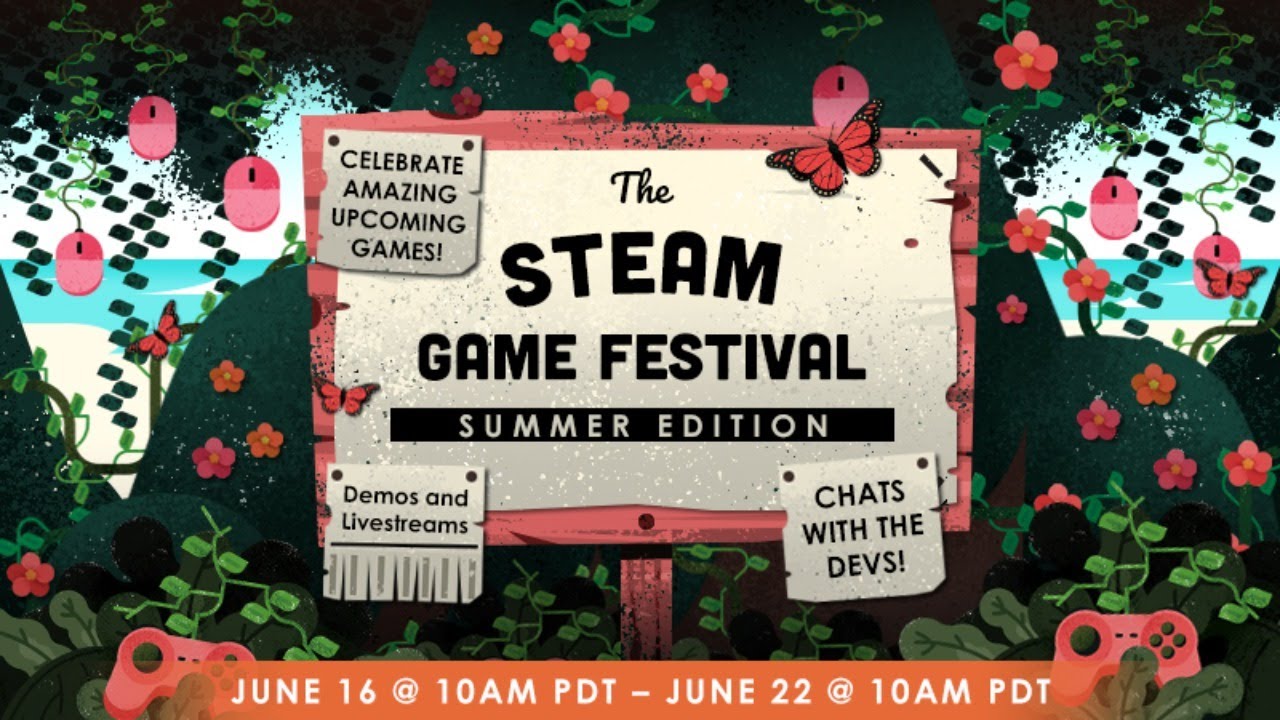 Are you a PC gamer with a Steam library fit to burst, but don’t have any games to play? Did you watch this weekend’s Guerrilla Collective and think, “wow, some of these games sure tickle my fancy”? If you answered “yes” to either of those then I have some jolly news for you: the Steam Game Festival: Summer Edition has gone into full swing, and there are hundreds of free demos for you to sample.

The Steam Game Festival: Summer Edition comes as a part of Geoff Keighley’s Summer Game Fest, and is much like the Steam Game Festival he put together during The Game Awards last year, just with a dazzlingly larger number of games to show off. While not every game highlighted during the Game Festival will include a demo, there are over 900 titles that have one up and ready to download as I write this.

Bear in mind this a limited time event, so you have until June 22nd at 10am PST to download the majority of these. While I’m sure some demos will stick around once the Steam Game Festival: Summer Edition comes to an end, this is an excellent time to look into a bevy of different indie titles. Demos of Everspace 2, CrisTales, Haven, Grounded, The Survivalists, and so many more are up for grabs, and each demo can be downloaded right off the event’s hub page.

Also, keep an eye out for the various developer livestreams and AMAs that will run throughout the Steam Game Festival (a “live” icon will appear over a game’s card if there is an active stream running on its store page, and there is a list of all upcoming events on the Game Festival main hub). Additionally, most of the developers would appreciate it if you added any of the titles you may be interested in to your wishlist (if that hasn’t become a bit of a meme these last couple of days).

All said, the Steam Game Festival is a fantastic way to provide exposure and establish hype for titles that would normally find themselves buried under the glut of “next-gen” news this time of year. Keighley did mention in an older tweet the festival will eventually expand to other platforms, and once that happens we’ll be sure to share the details.