SteamWorld Heist Coming To PS4 And PS Vita This Month 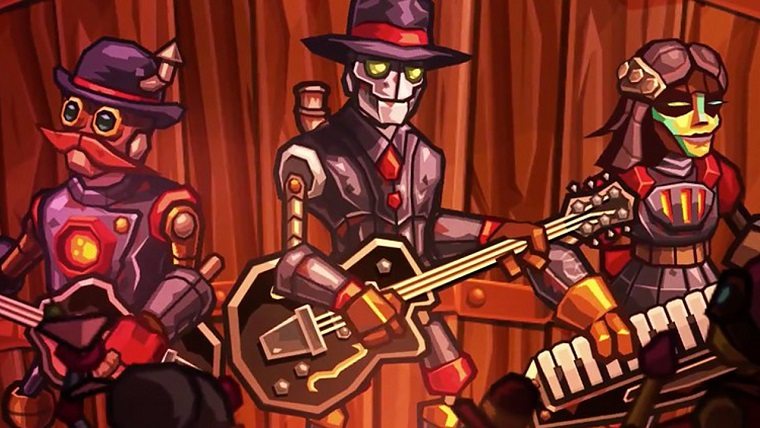 The well-received third installment in the SteamWorld series, called SteamWorld Heist, is set to be making its way to PlayStation platforms soon. The game will be launching for the PlayStation 4 and PlayStation Vita on May 31st, developer Image & Form Games has revealed.

When the game makes its way to Sony consoles it will cost $19.99, though those who elect to pre-order the game will be getting a 15% discount. To make matters even better, the game will also support cross-buy between both versions of the game.

Here’s a brief description of the game from Image & Form:

“In SteamWorld Heist, you command a steam-driven pirate crew in a series of epic tactical shootouts. It’s turn-based strategy with a twist: You manually aim the guns of your crewmates, allowing for insane skill shots and bullet-bouncing action. As the captain you will board, loot and shoot your way through enemy spaceships. Overcome the challenges of the vast frontier by upgrading your robots with unique abilities, weapons – and even stylish hats!”

The game is still set to be coming to a variety of other platforms like PC, Xbox One and Wii U later this year, which is detailed in a new video that the developer released. You check out that video below.