Street Fighter 5 Servers Are Down Right Now For Many Gamers 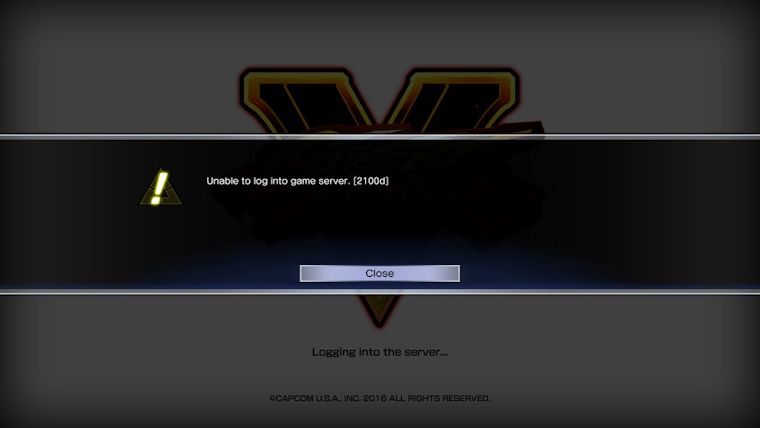 Street Fighter 5 has been one of the most anticipated games for a lot of people ever since it leaked ahead of its official announcement more than a year ago. Well, the time is finally here with the launch of the game coming only an hour ago, but like many game launches these days, the servers are having some major issues.

Ever since the game released tonight, people all over the internet, such as on Twitter, have been reporting that the servers have been down for them, causing them to get error messages that won’t allow them to sign in at all.

The specific message that is being given is “Unable to log into game server” with the error code 2100d, which is coming up for people when they try to sign into the game.

Making this situation even worse, many people getting the game aren’t able to even sign up for their network ID, which is the first step to being able to earn the in-game fight money. When the server is down and you not allowed to log in, you can’t earn fight money at all. As a result, anything you do in the game, such as the game’s story mode, won’t provide you with any fight money to your account until you can get signed in.

My only advice is to keep trying to log in, as some are reporting getting in after awhile. Hopefully this issue is resolved quickly as it is keeping people from truly enjoying Street Fighter 5.