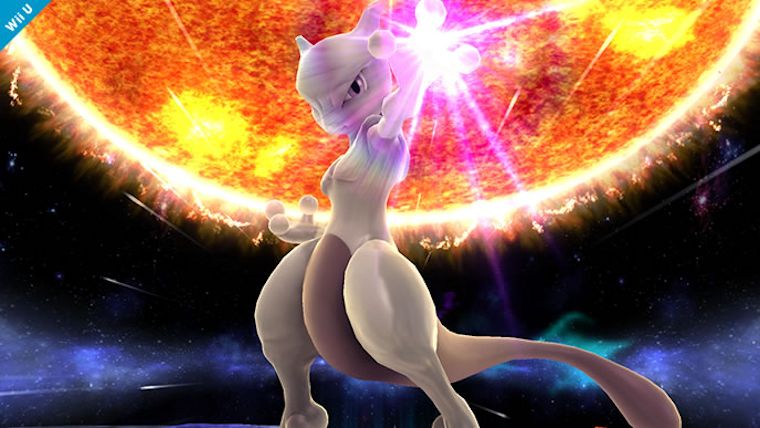 The much awaited Mewtwo DLC for Super Smash Bros. on both Wii U and 3DS finally arrived earlier today for those that received codes through Club Nintendo, though he will not be put on sale until later this month. Mewtwo happened to come alongside a brand new update that we told you about, but it appears that something in the programming involving Mewtwo is causing some gamers to not be able to play online at all on the Wii U version exclusively.

Reports have started to surface on the Smash Boards forum about some bug in the game that is making online play impossible. Just downloading Mewtwo and trying to go online will not cause this problem, but rather using him in a specific game mode instead. All of the issues so far have been traced back to those who have taken Mewtwo into the 10-Man Smash mode under Multi-Man Smash.

By using Mewtwo in this mode, save data is being corrupted in some way on the game. It doesn’t seem to affect anything else right now, but when trying to go play online, many gamers have reported receiving an error that states “You have been disconnected because of irregular save data.”

At this point, no one has come up with a workaround or fix, so your best bet is to avoid using Mewtwo in that game mode for the time being. Nintendo is typically pretty vigilant with major bugs like this, so hopefully a fix will be rolled out sooner rather than later.