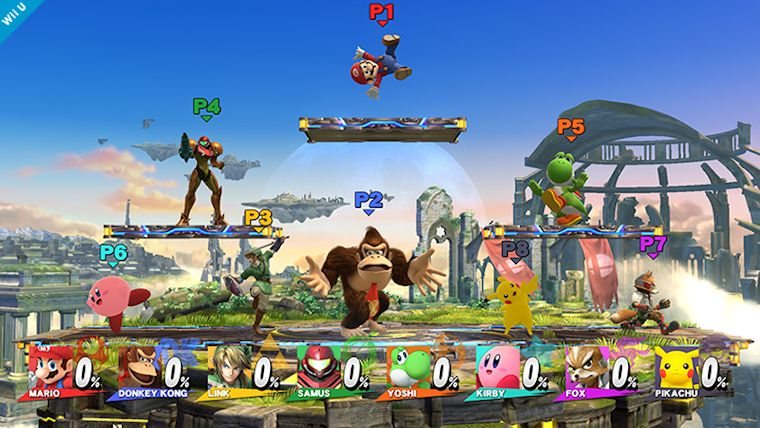 With everyone excited for Super Smash Bros. for Wii U to release next month, Nintendo held a special exclusive Nintendo Direct type of event that revealed 50 different things about the game, many of which are major additions to the series. Perhaps one of the biggest is the expansion from the previous max of four playable characters to up to eight at one time.

Eight player Smash Battles are something that people have wanted in the game forever, but it is finally possible due to the capabilities of the Wii U. With so many control schemes at your fingertips, players will have a vast range of different controllers while playing in these large groups. For those thinking that this will be about impossible on many stages, do not worry. Masahiro Sakurai has thought of that by making it exclusive to certain stages, with special large stages built to perfectly go with up to eight players. One such stage is Big Battlefield, which can be seen in the image directly above.

The only bad news is that this is not going to be available online, though that is likely for the best to prevent lag in battle, which makes a game like this almost impossible to play.

Super Smash Bros. for Wii U is set to release in the US on November 21.