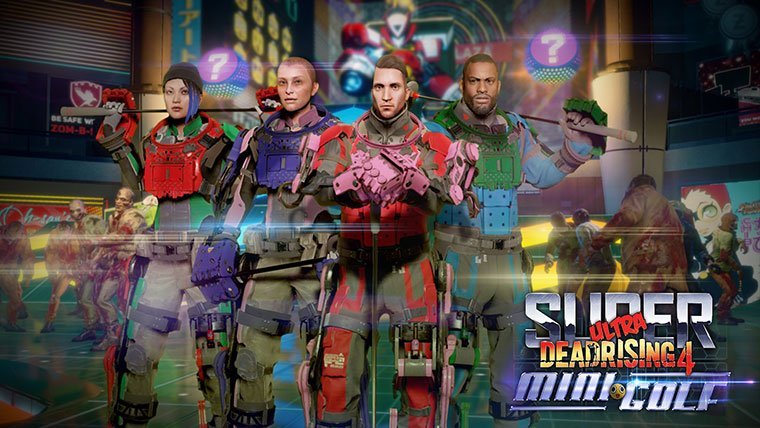 In the Mini-Golf gaff, players will use oversized golf balls and customizable golf clubs to play the links in Willamette.  Dead Rising 4 Mini Golf can be played online with multiplayer for up to 4-players in cooperative or can be played solo.

We haven’t yet gotten a chance to see this DLC in action, but as expected, this won’t be your normal golf course as it will be infested by zombies.

So far, the Season Pass for Dead Rising 4 has seen two bouts of additional content.  The holiday-themed Stocking Stuffer DLC launched shortly after the game arrived and then in the Frank Rising DLC Frank West becomes one of the zombie horde, himself.

Dead Rising 4 released late last year for Xbox One and PC.  We gave the game a high score in our review, praising it for combining elements of both the older Dead Rising games and the newest entries.

Look for this new content across all platforms on June 20th via the in-game store.