The latest news in the world of video games at Attack of the Fanboy
February 13th, 2017 by Joel Santana 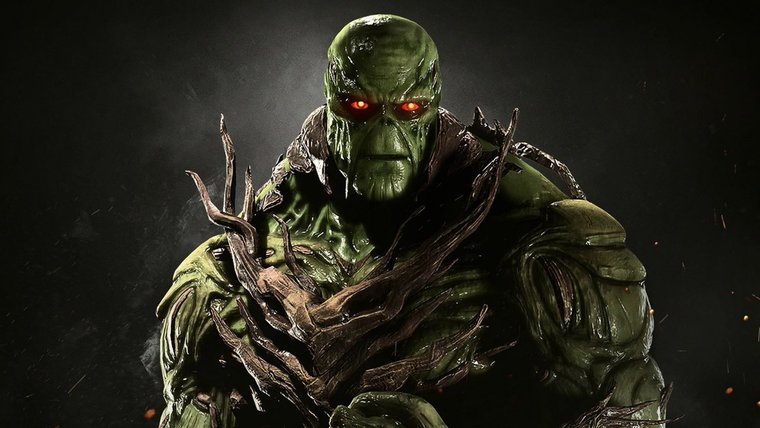 With Black Canary officially joining the Injustice 2 roster, thanks to the recent character reveal trailer that took place a few weeks ago. It appears that NetherRealm Studios is once again ready to announce whom the Injustice playerbase can expect to see apart of the roster when the game launches this May.

Which according to the recent character reveal trailer that was just made public a few moments ago courtesy of IGN’s month long coverage of the DC Comics based fighter, it’s none other than Swamp Thing. Check out the video below to see the highly requested character in action for the first time:

Alongside a new character reveal, which seems to be happening in a more frequent manner these days as the game approaches it’s release date. There’s a few bits of pieces of news for Injustice 2 that NetherRealm Studios has announced that you may have missed the past few days.

For starters, those who enjoyed the first Watchtower stream that was held a few ago which saw NetherRealm Studios showcase and discuss Injustice 2 to the public while giving dev insight. Held their second one last week, while none of the information provided during the stream was much as the NetherRealm Studios focused on showcasing the characters that are available to play in the closed beta such as Blue Beetle and Batman.

They did reveal that for those who want to acquire all the gear pieces for your characters in Injustice 2, won’t necessary have to win matches to get them. As the current system allows you to earn gear pieces regardless if you win or lose and the gear pieces that you earned has a higher chance to be for the character that you’ve selected, with a small chance for the gear to be for another character in the roster.

With the closed beta now in the hands of many more people thanks to the latest wave to go out last week it was only a matter of time before some of the pros in the fighting game community had a few matches among themselves to give us a glimpse of what’s to come this May. Especially when it comes to playing Injustice 2 on a professional level.

Which thanks to Ketchup and Mustard two of the most beloved personalities in the NRS scene have provided commentary for two of the best players in the scene, Sonic Fox and Yomi Slayer as they take each other on in a first to 10. Check out the video below:

Injustice 2 is set to be available on  May 16th for the PlayStation 4 and Xbox One platform.