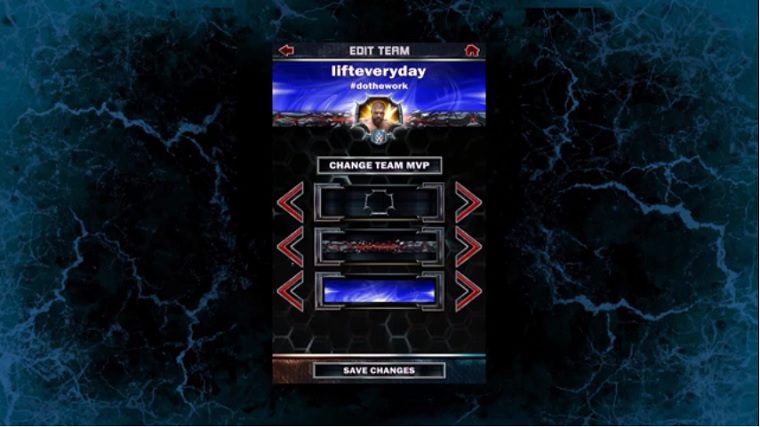 Cat Daddy Dev has uploaded a new video from WWE SuperCard explaining more about the Team Customization feature that will be added in the next update that is coming soon.

Cat Daddy Dev notes that it is finishing up the next update for WWE SuperCard. Before the update comes out, the developer wants to explain to fans how Team Customization works.

Cat Daddy explains in the video: “If you are a manager of a team, you will be able to set your team’s MVP to any card in your catalog. You will also be able to edit some of the visual elements around that. That way, your team reflects some of your own team’s style. It also creates some separation in the ranks.

Again, this is just one of the new features in the next update. We will be sharing more on our YouTube Channel so stay tuned.”

WWE SuperCard is a free to play card game available on mobile devices. It came out last year and became pretty popular. That along with WWE Immortals have became one of the more famous free to play video games from the WWE.

You can check out the video below: