Tekken 7: Fated Retribution Is Travelling The USA And Canada 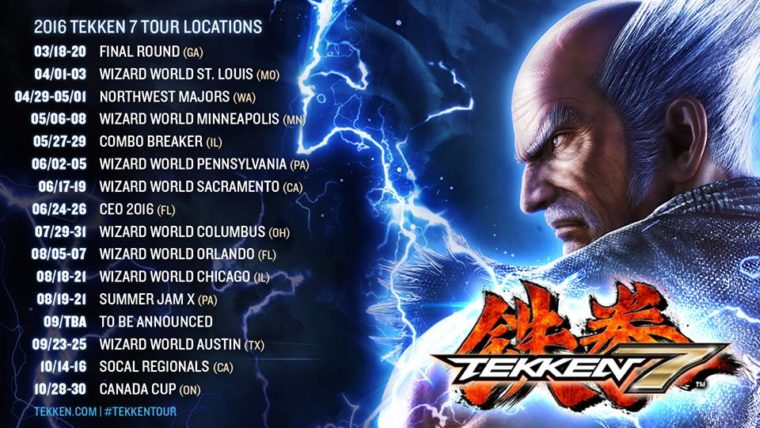 Bandai Namco has announced that it is bringing Tekken 7: Fated Retribution to many events in the USA and Canada later this year. You may have a chance to win some prize money if you are good enough to compete.

Bandai Namco announced on Facebook: The TEKKEN hype is building… Here at Final Round 2016, Harada-san announced a Cash Prize Pool of $3,000 for the Top 8 Players! This doesn’t stop though. With this endeavor, Mark ‘MarkMan’ Julio and his team has joined as Brand/Community Advisor for TEKKEN. Mark and his team will be a big part of our upcoming North American TEKKEN tour!

The TEKKEN Tour will continue onward to WizardWorld Saint Louis and Northwest Majors that hold both Cash Pool Prizes of $3,000! Be sure to tune in for all the TEKKEN action on Twitch for the#TekkenTour on twitch.tv/TEKKEN #TEKKEN

Tekken 7: Fated Retribution is only available to play in arcade form. We do know console versions are planned, but Bandai Namco have yet to announce a release date. We don’t even know if the console versions will be even be out in 2016.

What we do know however is that the PS4 version of the game will have exclusive content. Not to mention it will have PlayStation VR support, although Bandai Namco hinted that this feature wouldn’t be used for actual fighting.