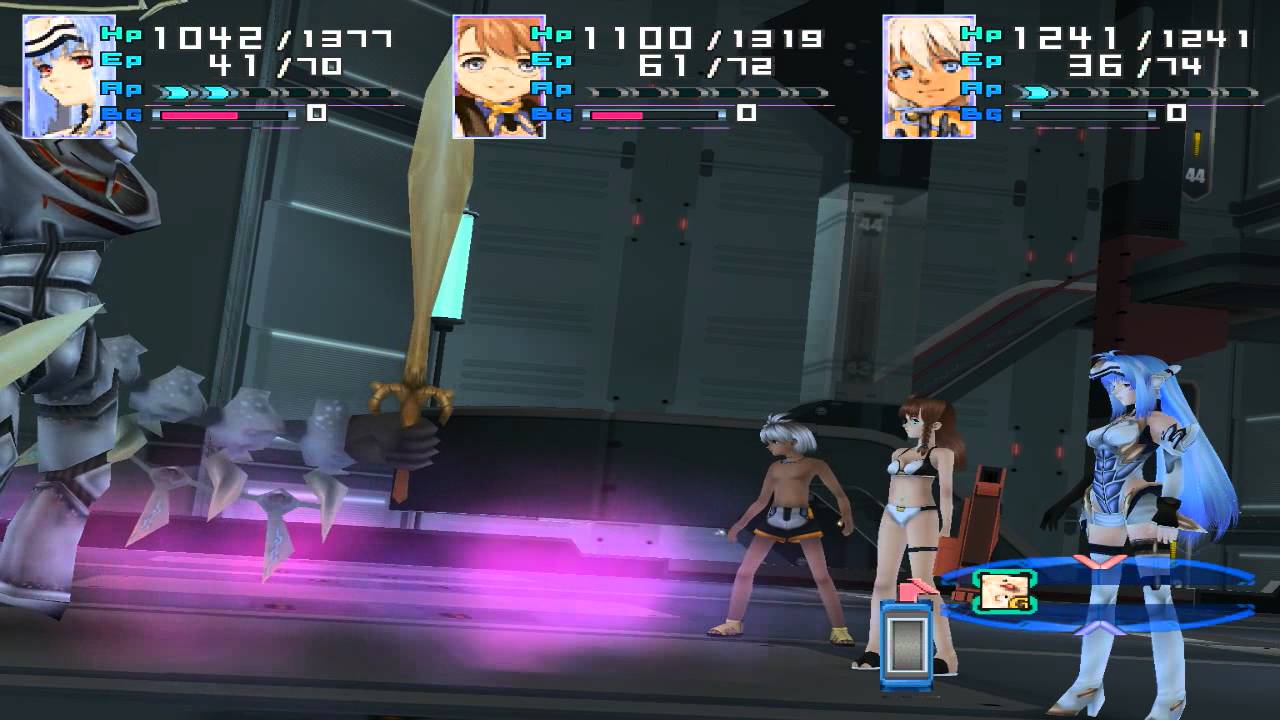 Many Playstation 2 era fans may remember a great little RPG trilogy known as Xenosaga. It was one of those very long, expansive RPG’s that fans loved on the PS2. Now it seems that someone at Bandai want’s it to come back.

Katsuhiro Harada, known for his directing on the Tekken series has shown interest in the Xenosaga franchise on Twitter. The news, picked up by Gematsu, showed how much Harada is interested in the franchise but he pleads with fans to show their support. He left the following messsage via Twitlonger for fans:

I do understand that you all are desiring “Xenosaga HD collection”.
Also, I do appreciate all your passionate comments.
I do understand your feeling to “tweet every day until the day Xenosaga HD collection comes real”.
However, what I need in order to achieve your dream, is not to have tweets from the “same person” sent to me every day.
It has been a long time since Xenosaga has been released.
It really brings back memories of those days they were developing the first Xenosaga staying up all night, when the TEKKEN Project was also staying up all night on the same floor at office.

A while back, triggered by the overseas version of Project X zone, I have conducted a research and calculated if there is a business chance for Xenosaga HD remaster.
It was a very simple research at that time. Yet, research does cost money.
And at that time, I was not able to seek business chance.
In other words, I was not able to find the necessary market size that will pay for the development fee needed to create the HD remaster.
Back then, the reactions on SNS and unique users were rather few in number.
It may be that I didn’t work hard enough.
Measures such as kickstarters are as of last resort, and at any rate we will not have a chance of winning as it stands now. It will not gather people by crowdfunding without creating some kind of big movement to support it.
To be honest, I was about to give up and I’m troubled.

What I need, are the voices from many fans.
This is a little different from having “messages sent every day from the same person”.
Although I do understand the deep love for the game, more than that, the cheers from as many “unique users” as possible is what is needed.

Digging further, I will not be able to believe comments like “I’ll buy 100 copies!”. Most companies will not believe in it.
It is not realistic for one person to tweet 100 times every day, or buy 100 copies alone.
It’s more realistic if you bring 10 fans to the game (not to mention, it wouldn’t mean anything by having the same person suddenly creating alternate accounts. I will be able to tell those).

What’s important in these kinds of cases is the number of unique users.
It means more to have 100 people mentioning they want the game one time, rather than having one person repeating it 100 times.
A miracle would happen if several tens of thousands are gathered at the end.
Of course, involvement from the company is needed for this but…

This would be crazy if this actually happened. I wonder if it would stay Playstation exclusive like the original trilogy was or would it be multi-platform to appeal to a wider audience/market. Who would there would show their support for a Xenosaga HD Collection? I know I would. You can tell Harada yourself on his Twitter.