The latest news in the world of video games at Attack of the Fanboy
February 2nd, 2015 by Kyle Hanson 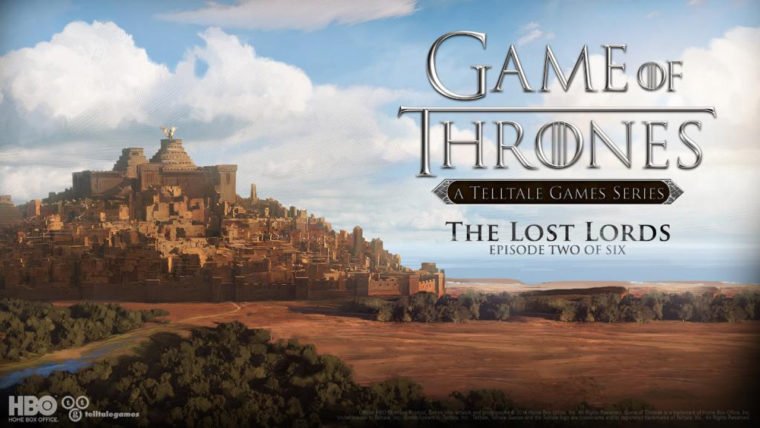 Game of Thrones: A Telltale Games Series will be launching its second episode, titled “The Lost Lords” tomorrow for multiple systems. In anticipation of the release, Telltale has revealed a new launch trailer for the episode, which shows some of the intrigue and action that waits for players. This is the second of six planned episodes in the Game of Thrones series, which is based on the popular HBO show, which is based on the series of novels by George R. R. Martin.

In each episode players take control of multiple members and friends of House Forrester, A relatively small and unknown house in the show and books, the series crafts its own tale within the established universe. Events take place between the end of season 3 and the beginning of season 5 of the show, and while you don’t play as any of the main characters, you do interact with them in various ways.

The official, spoiler-filled description for the episode reads “House Forrester is in disarray. Their liege lord and his heir are dead, and Ironrath is occupied by Whitehill soldiers. The survival of the family depends upon those who are left. Placed at King’s Landing, the epicenter of intrigue, Mira Forrester must weigh her loyalty to Margaery Tyrell against the needs of her family, while choosing how to play the political games of Tyrion Lannister. One misstep could spell doom for Mira and her entire family. To the far north, Gared Tuttle finds that the wall and its crows hold little love for a squire from the Wolfswood, but finds kinship in the bastard son of Ned Stark. Gared must prove worthy of becoming a ranger in order to carry out the mission given him; one that is vital to the future of those he serves. To the east, Asher Forrester, the exiled son, is called back to Westeros to aid his family, but how can one man help when the Boltons rule the north with an iron fist? Meanwhile, an unexpected source of hope returns to the Forresters, but Ironrath is no place for the weak.”

Game of Thrones: A Telltale Games Series – Episode 2 “The Lost Lords” will be released throughout this week for Xbox 360, Xbox One, PS3, PS4, and PC.

Game of Thrones The Walking Dead
We're Looking For Contributors