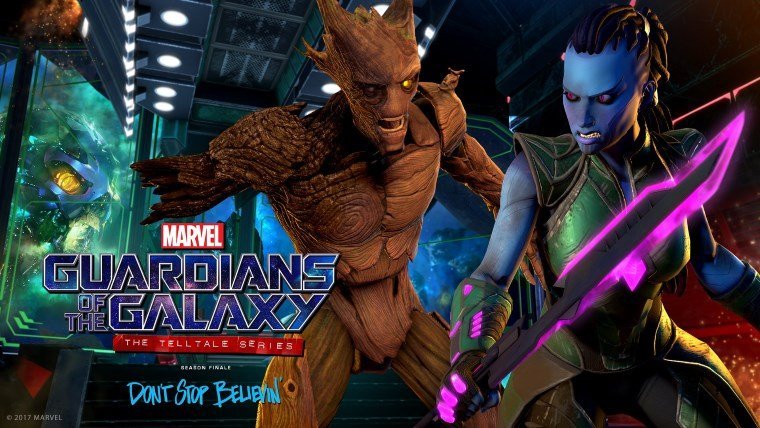 Telltale’s Guardians of the Galaxy will come to its first season conclusion next week with the release of Episode 5 “Don’t Stop Believin'” across multiple platforms. So far there’s no word on a possible second season, so this could be the ultimate conclusion of Telltale’s take on the hugely popular scifi team. The series has been one of the developer’s best, though last episode disappointed me in our review.

Others disagreed though, and it’s clear that Telltale has built everything in the series up to this point, so the finale could be the stellar finish that the franchise deserves. The Guardians of the Galaxy have been caught up, once again, in a galaxy changing set of events. Choices have been made, relationships have been tested, and things haven’t quite gone as planned. So fairly standard adventure for this crew.

Each of the previous episodes has put a focus on one member of the Guardians, and that shouldn’t change here. The only one left is fan-favorite Groot, so this might be the biggest and best episode all around. Groot’s particular language skills might make for an interesting take on Telltale’s game formula, so longtime fans have a lot to look forward to here.