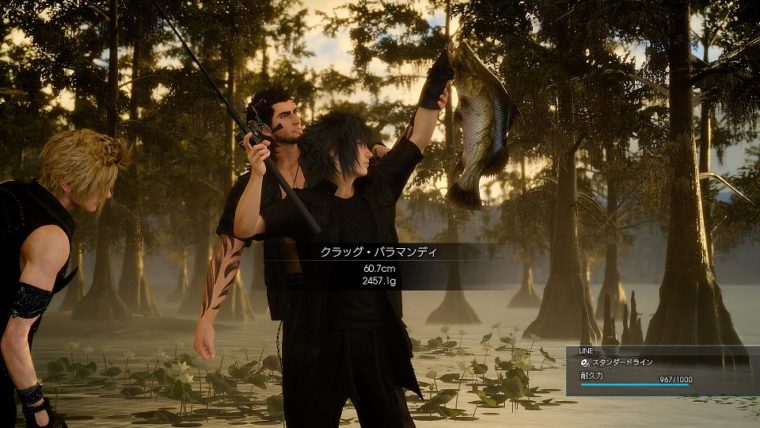 Some fresh news about Final Fantasy XV was revealed at TGS 2015 over the weekend.

Aside from a new trailer and gameplay video, a Q&A session revealed several more tidbits from the highly anticipated RPG. The game’s director, Hajime Tabata, took to the stage to answer some fan questions.

First of all, there was a lot of new info on how you use Chocobos in Final Fantasy XV. A helpful technique is that you can now “whistle” so that they can travel to you. They will also follow you around sometimes even if you are not actively riding them.

There are a ton of other activities that you can do in the game. This includes the likes of fishing, chocobo racing and a lot more. You can also breed and raise chocobos too.

Tabata is also open to adding DLC into Final Fantasy XV. He’s hoping to keep DLC free like more airships and stuff. If there is something missing in the game, Tabata said adding it as DLC is always a possibility.

He also stated not every building is accessible to the player, but you can enter a ton of them. The open-world is also set to be very large and you will be able to travel across different regions and they are connected.

An extended Final Fantasy XV Dawn 2.0 trailer was also released. This gives you an overview of the characters and their backstories.